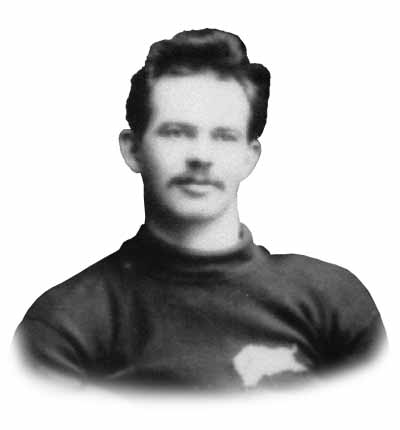 Dan Bain was an unqualified success in a number of sports, not the least of which was hockey. He first joined the Winnipeg Victorias in 1895 after reading an advertisement in a local newspaper soliciting new players. He remained in the Manitoba capital for eight seasons and played a rather large role on one of hockey's first great teams. During this time, the muscular Bain provided scoring, playmaking and a physical presence to two Stanley Cup championship squads. Along with his great skills on ice, he was blessed with natural leadership qualities.

Although he was born in Belleville, Ontario, Bain grew up in Winnipeg after his family moved there when he was a child. He first played top-level hockey with the Victorias of the Manitoba Hockey League in 1895, quickly establishing himself as an outstanding centre and valuable team leader. On February 14, 1896, the team traveled east to try to strip the Montreal Victorias of their Stanley Cup. Bain scored the winning goal in Winnipeg's 2-0 upset to claim the hallowed silverware. Months later, the Montreal squad reclaimed Lord Stanley's trophy from Winnipeg by a 6-5 score, despite two goals from Bain.

In February 1899, the gifted centre led the western Victorias to another unsuccessful Stanley Cup challenge against their eastern rivals from Montreal. A year later, Bain led another Winnipeg expedition eastward to face the Shamrock club of Montreal. This time, Bain's exceptional performance in scoring four goals in three games couldn't lift the Winnipeg team past their eastern opponents, who eked out a victory by 11 goals to 10 in the total-goals series.

Winnipeg launched a successful challenge against the powerful Shamrocks in January 1901, sweeping a two-game series in Montreal. Bain proved to be the overtime hero in the second match. In the process the skillful forward made history by registering the first-ever extra-time Cup-winning goal. That year, he also caused a stir by adopting a rudimentary wooden facemask to protect his broken nose. The media labeled him the "Masked Man" for many years after his pioneering use of the equipment.

The newest Cup holders withstood a confrontation with the Toronto Wellingtons in January 1902. Two months later, they faced the Montreal Hockey Club, who played under the umbrella of the Montreal Amateur Athletic Association. The Montreal club became the winners of the first Stanley Cup championship in 1893 by virtue of their first-place finish in the Amateur Hockey Association of Canada. In a hard-fought three-game set, Winnipeg won the first game before succumbing in the latter two, even though Bain was often the dominant forward on the ice.

Bain's extraordinary career in sports was recognized when he was chosen Canada's outstanding athlete of the last half of the 19th century. He's a member of Canada's Sports Hall of Fame and the Manitoba Sports Hall of Fame, and was one of the initial 12 players selected to the Hockey Hall of Fame when it was founded in 1945. 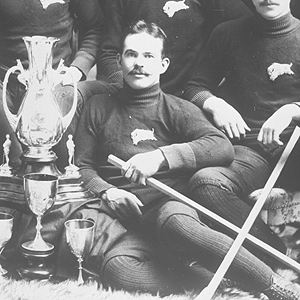 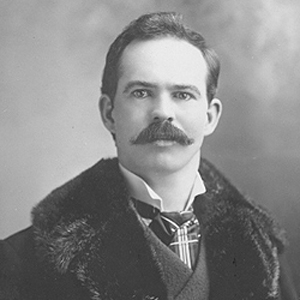