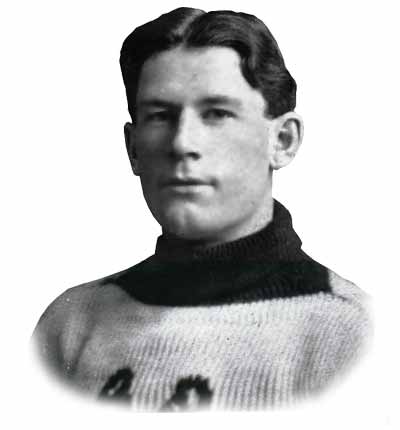 Tommy "Nibs" Phillips learned how to play hockey as a schoolboy in his native Rat Portage, located in the far west corner of Northern Ontario. After establishing himself as a star in western hockey with the Rat Portage intermediate team, Phillips traveled to Montreal in 1902 to attend McGill University and to play hockey. There, Phillips showed himself to be a speed merchant on the blades and had no peer as a backchecker. These talents soon earned him a spot with the Montreal AAA where he won his first Stanley Cup in 1903, still three months shy of his 20th birthday.

Phillips returned home to play for the Rat Portage Thistles in 1904-05 and led the Manitoba Pro League with 18 goals in a six-game schedule in 1906-07. After an unsuccessful attempt at dethroning the Ottawa Silver Seven for the Cup in March 1905, the Thistles challenged again in January 1907 and were victorious, though against the Montreal Wanderers. The boys from the nation's capital must have liked what they saw of Phillips as they lured him east once again, this time for the princely sum of $1,900 in the fall of 1907. At Ottawa, where Alf Smith was firmly entrenched as the team's starting left winger and refused to vacate the post, Phillips played right wing, thereby becoming one of the first players to routinely cut in on goal from his off-wing.

After a season with Ottawa, he moved out to western Canada, eventually making his way to British Columbia where he played a year in the Pacific Coast Hockey Association with the Vancouver Millionaires while working in the lumber business. The 1911-12 season was to be his one and only year in the PCHA but Phillips still managed to score 17 goals in as many games.

Tommy Phillips was inducted into the Hockey Hall of Fame in 1945. 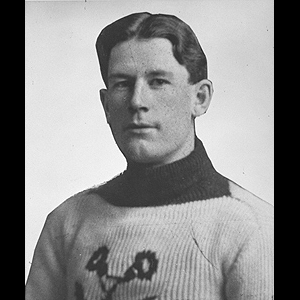