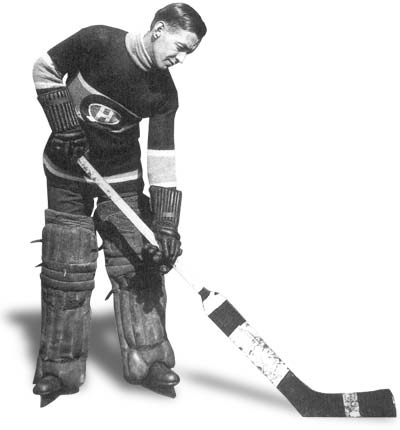 One of the elite goaltenders in the annals of NHL history, Georges Vezina was a key figure in the early history of the Montreal Canadiens franchise. His outstanding play served as a model for stand-up goalies in the future. Long after he retired, fans were introduced to his name and his contributions whenever the Vezina Trophy was awarded at the end of each NHL season to the best goalkeeper in the league.

Vezina stood out in the Canadiens' net even though he played in a league that was very offensive-minded and on a team that initially struggled. In addition, goalies were forbidden to fall to the ice to make a save. So, Vezina managed to perfect an early version of the stand-up style of goaltending. A quiet, clean-living man who operated a tannery business in his home town during the off-season, his calm and cool demeanor resulted in his being labeled the "Chicoutimi Cucumber."

During his rookie year, 1910-11, Vezina led the NHA in his goals-against average, a feat he duplicated in his sophomore campaign. In 1914 he led the Canadiens to a first-place finish in the NHA standings, though they lost the league championship series that year to the Stanley Cup-winning Toronto Blueshirts. Two years later, his superior netminding skills enabled Montreal to win another NHA regular-season crown and the first Stanley Cup triumph in the club's history. The Canadiens emerged victorious from a memorable five-game set against the PCHA champion Portland Rosebuds in a series that represented the first of many appearances in the Stanley Cup finals for the Canadiens and the inaugural one by an American team.

Despite Vezina's heroics, Montreal lost the sacred silverware to the powerful Seattle Metropolitans the following year and the Washington State team became the first Stanley Cup winner from south of the border. Two years later, in the fateful rematch that was eventually canceled by the influenza epidemic, the normally quiescent Vezina was described as being high-strung. It was a portent of the goaltending showdown that was about to take place between the Habs star and the legendary Harry "Hap" Holmes of Seattle. The Canadiens entered the inaugural NHL schedule in 1917-18 with Vezina as one of their pillars. He topped all NHL goalkeepers in his goals-against average that year and again in 1924 and 1925.

Vezina's heroics were a vital component of the Canadiens' second Stanley Cup championship in 1924. He stymied the Ottawa Senators in the NHL playoffs before helping Montreal overcome the challenges of Vancouver and Calgary of the PCHA and the Western Canada Hockey League respectively. In the regular season, he led all NHL netminders in his goals-against average, ending a five-year dominance by the great Clint Benedict.

While sweating through training camp workouts prior to the 1925-26 season, Vezina was obviously not in good health. Despite a high fever, he was performing admirably in the Canadiens' season opener versus the Pittsburgh Pirates, but when he was forced to retire from the game, Vezina was diagnosed with advanced tuberculosis. Sadly, his condition only worsened until he passed away on March 26, 1926 but his family history was full of tragedy, as only two of his 24 children lived to adulthood.

Vezina's impact on the game was felt for many years. His combined NHA and NHL regular-season totals added up to 328 games played, 15 career shutouts and a goals-against average of 3.49. Prior to the start of the 1926-27 season, Canadiens owners Leo Dandurand, LouisLetourneau and Joseph Cattaranich immortalized Vezina's name by establishing a trophy to be presented annually to the top netminder in the NHL.

Fittingly, the first recipient of the trophy was George Hainsworth, the brilliant young goalie who was presented with the task of replacing the legendary Vezina in Montreal. Another trophy was created in Vezina's name as a means of acknowledging the top goalkeeper in the Quebec senior league. Vezina was among the first 12 individuals elected to the Hockey Hall of Fame when it was founded in 1945. 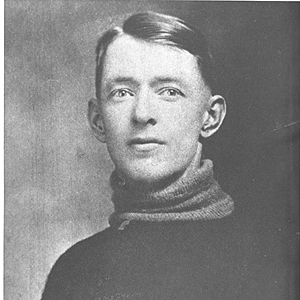 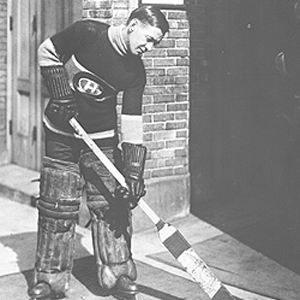 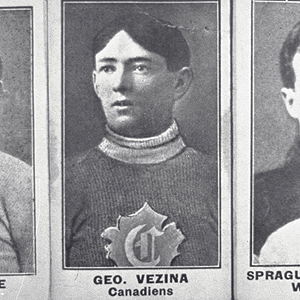