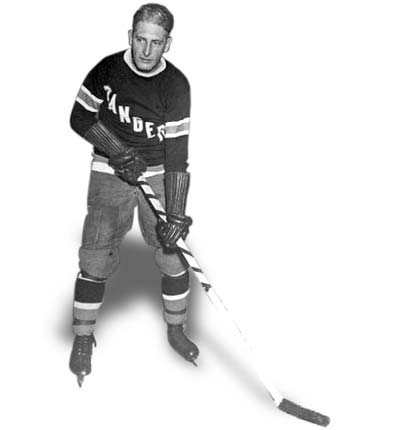 Beginning in 1903, Lester "The Silver Fox" Patrick played a significant role in hockey history for nearly half a century. As a player, he was one of the top rushing defensemen of his day and a team leader. Patrick was also an inspirational coach and a respected team administrator. Along with his brother Frank, he pioneered the construction of artificial rinks and formed the Pacific Coast Hockey Association.

Patrick first played shinny on the frozen ponds of his native Drummondville, Quebec, before his family moved to nearby Montreal. He learned the game in the amateur leagues of Montreal but first gained fame as a star offensive blueliner with Brandon, Manitoba, of the North West Hockey League. He was a key member of the squad when it issued an unsuccessful challenge for the Stanley Cup against the Ottawa Senators in March 1904.

He returned to Montreal to play a year with the Westmount club before joining the powerful Montreal Wanderers in 1905-06. He was an instant success and helped his new club dethrone the Senators as Cup holders that same season. Patrick helped the Wanderers repeat as champions the next year. His exceptional passes benefited the likes of Ernie Russell and Cecil Blanchford.

He moved to Nelson, British Columbia, in 1907 to work in the family lumber business but continued to play on a local team. Patrick returned to the headlines with the Edmonton squad that lost a Stanley Cup challenge to the Wanderers in 1908. His brother Frank joined him at this time.

The Patrick brothers played with the Renfrew Millionaires during the inaugural season of the National Hockey Association in 1910-11. The following season, they returned to British Columbia and began plans for a new league of their own. Formed in 1911-12, the Pacific Coast Hockey Association attained a reputation on par with the NHA - and later the NHL - until it was renamed the Western Canada Hockey League. The Patricks lured away many top stars of the NHA to give their new loop instant legitimacy. Such icons as Cyclone Taylor and Newsy Lalonde thrived in the wide-open style of the PCHA. Many considered it to be the most exhilarating pro league ever.

The brothers were also innovators. They sold the lumber company to finance the construction of the country's first artificial ice rinks in Vancouver and Victoria. As a player in the PCHA, Lester Patrick skated chiefly for the Victoria Cougars but also suited up briefly for the Seattle Metropolitans and the Spokane club.

He retired in 1922 to focus on managerial responsibilities but returned to help anchor Victoria's defense in 1925-26. Following the demise of the Western Hockey League at the end of that season, he joined the expansion New York Rangers as coach and general manager after the club's brass let Conn Smythe go because they were worried he hadn't assembled a sufficiently competitive roster.

The Rangers won the Stanley Cup in the club's second year. During the finals against the Montreal Maroons, the 44-year-old Patrick saw emergency duty in goal after Lorne Chabot was injured in the second game. The Rangers won the Cup again in 1933 and Patrick continued to guide them until 1939, when he stepped aside to focus strictly on his duties as general manager. Arguably the finest bench boss of the 1930s, he earned selection as coach of the NHL First All-Star Team six times. He was on hand when the team won its third Stanley Cup in 1940 and remained its GM until 1946.

After leaving the NHL, Patrick took over the operation of the Victoria Cougars, a minor professional outfit in the Pacific Coast/Western Hockey League. He left that post for retirement in 1954. Patrick was elected to the Hockey Hall of Fame in 1947. Since 1966, the NHL has presented the Lester Patrick Award to honour a recipient's contribution to hockey in the United States. 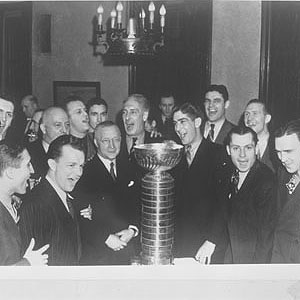 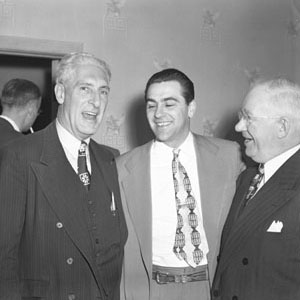 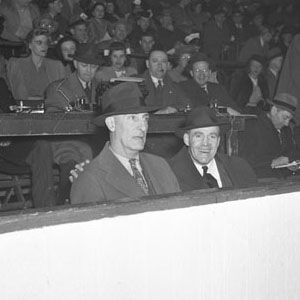 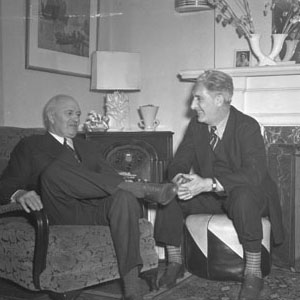 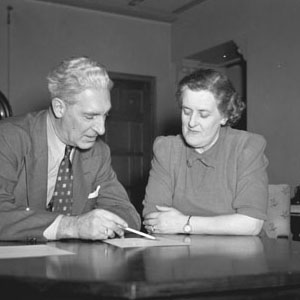 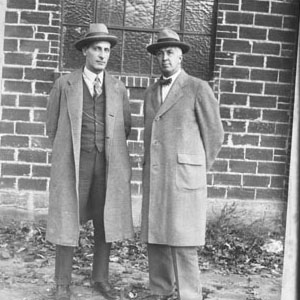 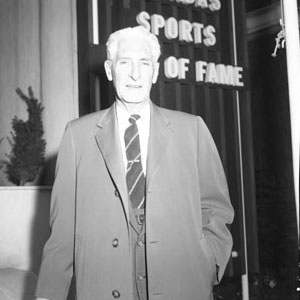 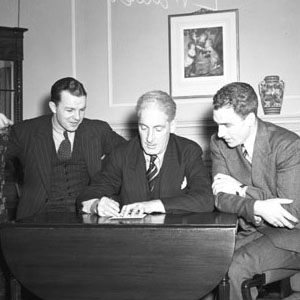 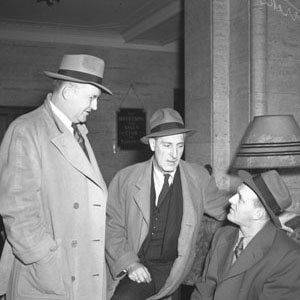 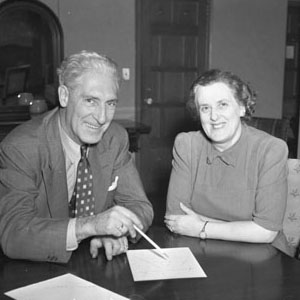 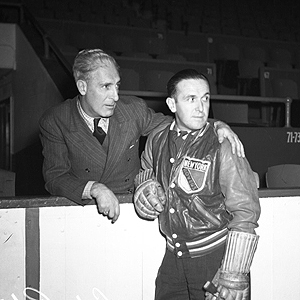 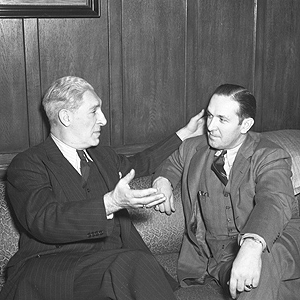 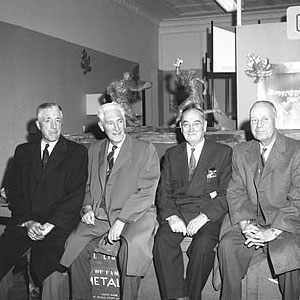 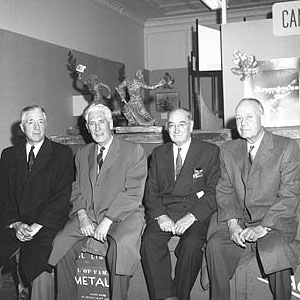 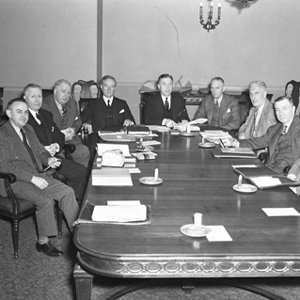 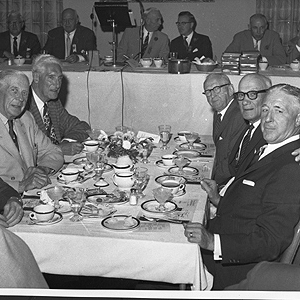 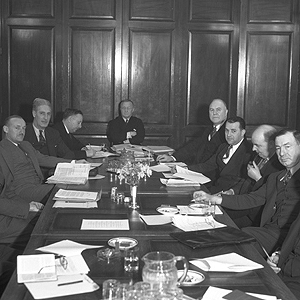 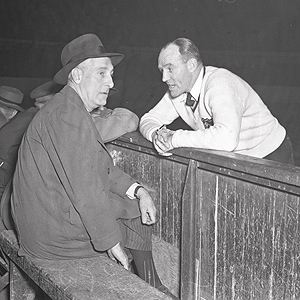 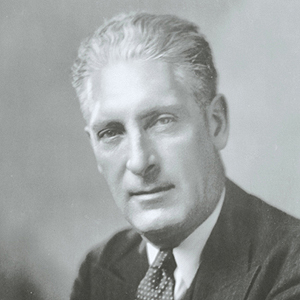 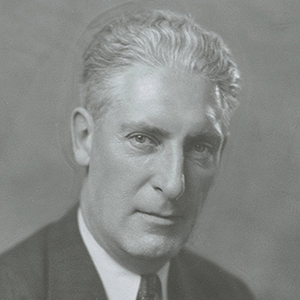 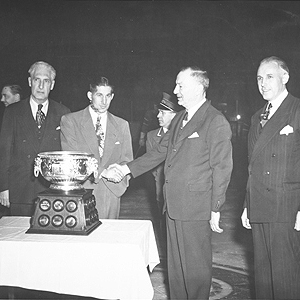 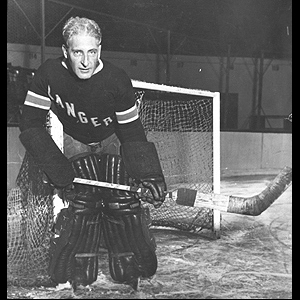 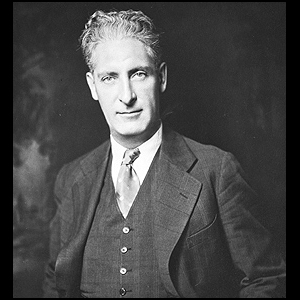 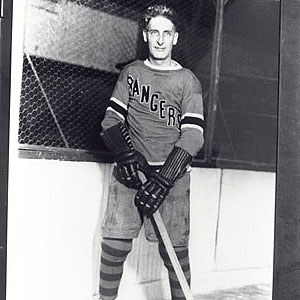