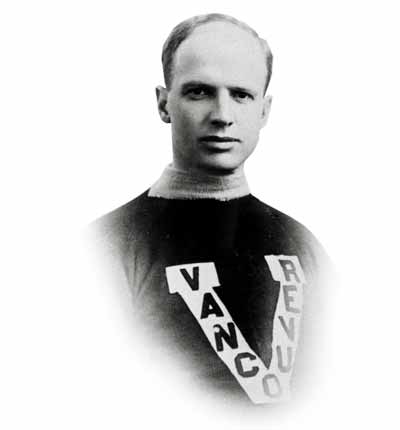 Silas Seth "Si" Griffis was one of the fastest skaters in the early days of the game despite his relatively large frame. His blazing speed enabled him to dominate as a rover in the seven-man game and as a defender in the modern six-man configuration. He contributed to the Kenora Thistles' Stanley Cup triumph in 1907 and later captained the Vancouver Millionaires to hockey's ultimate prize in 1915.

Griffis joined the Rat Portage entry in the newly formed Manitoba and North West Hockey League in 1902. His play as a rover and cover point contributed significantly to the team's 1902-03 league title. The circuit was reorganized into the Manitoba Senior Hockey League in 1905 with Griffis' Rat Portage squad recognized as the most talented club. It easily won the league title to earn the right to challenge the favoured Ottawa club for the Stanley Cup. The underdogs came out second best in a hotly contested three-game series in which Griffis contributed three goals and was one of the dominant players on the ice.

By 1907, the Rat Portage club had been renamed the Kenora Thistles and was even more talented than previously. They captured the Stanley Cup in a thrilling two-game series with the Montreal Wanderers in January 1907. Brilliant forward Tommy Smith scored seven of the 12 Kenora goals, while Griffis and Art Ross rushed the puck with tremendous confidence. This speedy trio was particularly difficult for the Montreal defenders to contain. In the second match, the Wanderers resorted to rough tactics in an unsavory attempt to stall and intimidate their talented adversaries. The strategy worked until late in the game, when the Thistles pulled away for an 8-6 win.

The Thistles, however, lost the subsequent challenge from the Wanderers two months later. Kenora couldn't overcome a 7-2 loss in the opening match, but in the second encounter, Griffis and defense partner Roxy Beaudro constantly jumped into the offensive rush and led their team to a 6-5 win, enabling the team to salvage some pride. The skilled Griffis was a key reason the northwestern Ontario club was firmly entrenched as one of the quality teams during the early part of the century.

Griffis joined the Vancouver Millionaires of the new Pacific Coast Hockey Association in 1912. He was rejuvenated while playing a vital role on the defense and serving as the team's captain. Griffis debuted on the West Coast in outstanding fashion by scoring twice and adding two assists in his new club's opener on January 5, 1912. His leadership was quiet, yet effective, as many of the young Vancouver players looked up to the classy veteran.

Griffis proceeded to score 38 goals for Vancouver before retiring in 1919. He was a member of the 1915 Stanley Cup-winning Millionaires. During his stay on the West Coast, Griffis formed a strong defensive partnership with Frank Patrick for four seasons before spending two years in tandem with Lloyd Cook. Griffis is a member of the Northwestern Ontario Sports Hall of Fame and was elected to the Hockey Hall of Fame in 1950. 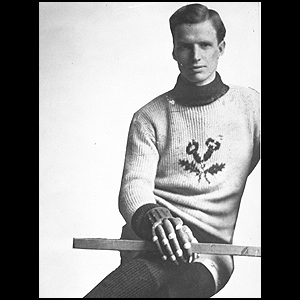 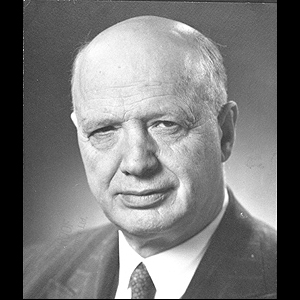