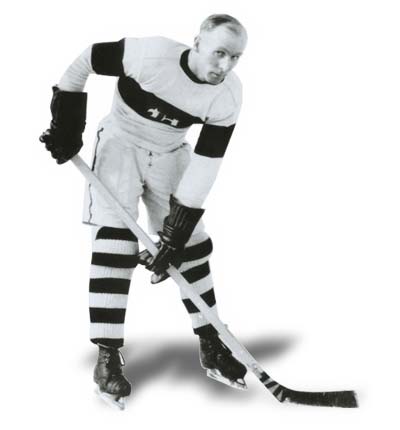 An exceptional scorer and playmaker, Frank C. Foyston was capable of dominating a game from center, rover or either of the wing positions. He was a supreme natural talent who earned accolades and fame wherever he played. While playing in the top leagues on the continent, Foyston was one of the first players to score over 200 career goals.

Foyston made his professional debut with the Toronto Blueshirts of the National Hockey Association in 1912-13. He soon formed a potent forward line with the talented Scotty Davidson and Jack Walker. That productive trio was key to the Toronto club's NHA title in 1913-14 and their subsequent Stanley Cup championship win over the Victoria Cougars of the Pacific Coast Hockey Association. Foyston scored the decisive goal in the 2-1 Cup-clinching triumph.

The Seattle Metropolitans of the PCHA were able to lure "Frank the Flash" to the American West Coast at the beginning of the 1915-16 schedule. He stayed there for nine seasons, topping the league in goal-scoring twice and contributing to a Stanley Cup championship. Foyston helped the Metropolitans claim hockey's ultimate prize in 1916-17 in an exhilarating four-game series against the Montreal Canadiens - the first time a U.S. team won the Cup.

During the 1917 title series against Montreal, Foyston scored six goals and was a constant menace around the Canadiens' goal. At season's end, he was voted the right wing position on the PCHA First All-Star Team. Two years later, he led Seattle into a Stanley Cup rematch with the Canadiens. The crafty forward scored an incredible eight goals in the first four matches of the series, one of which was abandoned because of the influenza epidemic. It proved to be the only year in which the Stanley Cup wasn't awarded.

During the last two seasons of the PCHA, Foyston played admirably back in Victoria. He helped the Cougars become the last non-NHL club to get its hands on the Stanley Cup with a victory in 1925 over the dreaded Canadiens. Foyston's versatility was proven by his selection in various years to the PCHA First All-Star Team at three positions - left wing, center and rover.

With the sale of the Victoria players to the new Detroit Cougars franchise of the National Hockey League, Foyston ventured east to close out his professional career. He scored 17 goals in just under two NHL seasons before joining the Detroit Olympics of the Canadian Professional Hockey League as a player-coach.

Following the 1928-29 Can-Pro season, he retired permanently as a player. He continued to manage the Olympics the following year before journeying to Syracuse to guide the Stars in 1930-31. Foyston also coached the Bronx Tigers of the Can-Am league in 1931-32 and the Seattle Seahawks of the North West Hockey League in 1934 and 1935.

During a big-league career that spanned 16 years, Foyston accumulated 242 regular-season goals and 37 more in the playoffs. He was considered an offensive magician and star attraction wherever he played. One of the greatest talents of his time, Foyston was elected to the Hockey Hall of Fame in 1958. 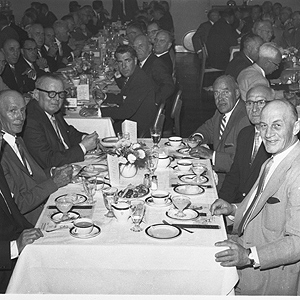 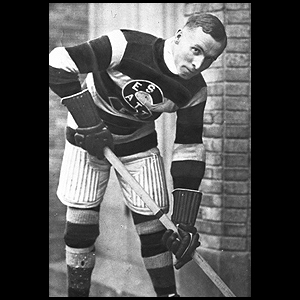 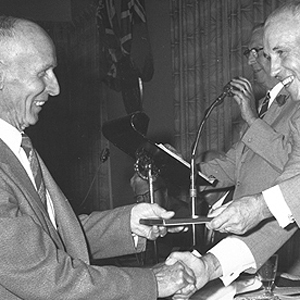 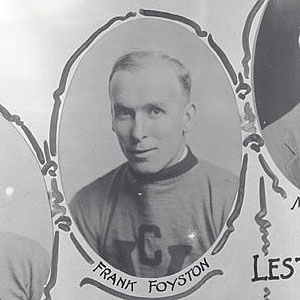