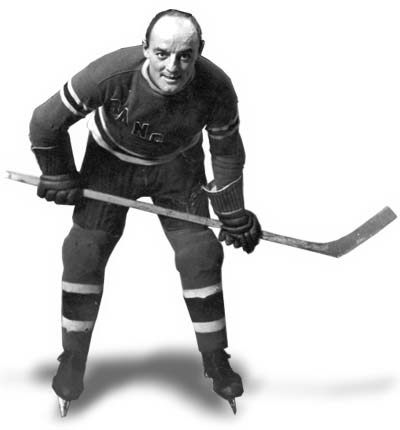 Defenseman Ching Johnson matched his rugged defensive play with an ability to contribute inside the opposition's blue line. He was a valuable team leader and fan favorite throughout his 12-year NHL career.

During his playing days, Johnson was considered one of the hardest bodycheckers ever to play the game. More significantly, he perfected the technique of nullifying the opposition by clutching and grabbing them as discreetly as possible - a pragmatic defensive strategy for the wily but slow-footed rearguard.

As a teen, Johnson moved to Eveleth, Minnesota, where he spent three years on the blue line of the city's team in the United States Amateur Hockey Association. In 1923 Johnson moved on to the semiprofessional Minneapolis Millers, where he was paired on defense with Clarence "Taffy" Abel.

New York Rangers manager Conn Smythe purchased the services of both rearguards for the team's NHL debut in 1926-27. The burly Johnson spent 11 productive years with the Blueshirts and was part of the team's first two Stanley Cup triumphs in 1928 and 1933. Johnson and Abel's blanket defensive coverage was particularly evident during the 1928 finals against the Montreal Maroons, a low-scoring series in which the teams combined to score only 11 goals in five games.

Following the 1931-32 season, Johnson was runner-up to Canadiens superstar Howie Morenz in the voting for the Hart Trophy. The next year he and defense partner Earl Seibert aided the Rangers in their Stanley Cup victory over the Toronto Maple Leafs. Johnson played his hard-hitting game to perfection during the playoffs and scored the key first goal in the Blueshirts' 2-0 win over Detroit in game one of the semifinals. The Rangers sagged somewhat in the second match but held on for a 4-3 win. Johnson's supreme defensive work was considered to be the key factor in the club's not having to play a third and deciding contest. In the finals, the Rangers' speed was too much for the Maple Leafs. When Toronto did venture into New York territory, Johnson and Seibert controlled the play. Johnson would knock the Maple Leafs forwards off the puck, then send it over to his swifter partner to launch the next counterattack.

Ching Johnson was selected to the NHL First All-Star Team in 1932 and 1933 and he made the Second Team in 1931 and 1934. On February 14, 1934, Johnson took part in the landmark Ace Bailey Benefit Game to aid the former Maple Leaf star whose career was ended prematurely by a vicious Eddie Shore hit.

When the Rangers released Johnson after the 1936-37 season, the New York Americans jumped at the chance to offer him a contract. Amerks manager Red Dutton didn't share the Rangers' view that the veteran was too old and slow to be effective. Johnson accepted the new challenge and spent one year with his new team as a player and interim coach before retiring after 12 years and more than 400 NHL games.

His playing days weren't over, though. The rugged defender next skated for two years with the Minneapolis Millers of the American Hockey Association in the dual role of playing coach for two years. Johnson's last season in pro hockey was as coach of the Washington Lions of the Eastern Amateur League in 1940-41. He also tried his hand at officiating in Washington over the next two years.

Johnson accumulated 86 points in his 12 NHL seasons. But it was his physical play and his charismatic leadership that made him one of the most valuable rearguards of his time. Ching Johnson was elected to the Hockey Hall of Fame in 1958. 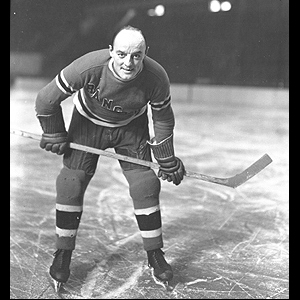 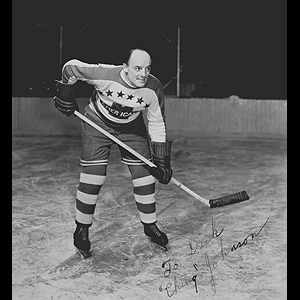 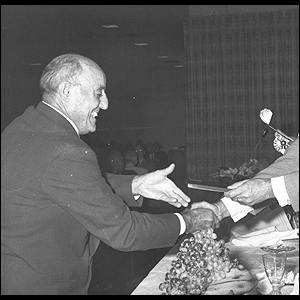 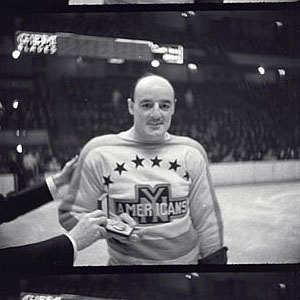 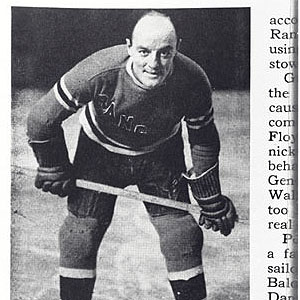