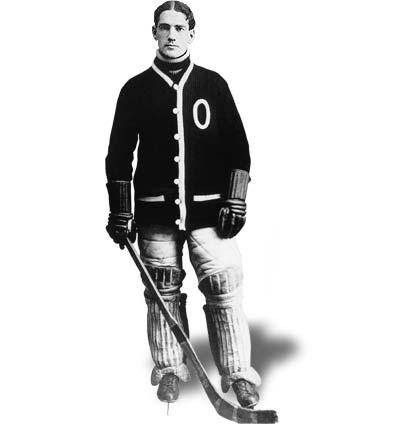 Percy LeSueur started out as a right winger while in Quebec City, playing his amateur hockey with the Victorias, Crescent Intermediates, and later the Quebec Seniors. He transferred to Smiths Falls, Ontario to play for their senior team in 1904 and donned the pads due to the sudden illness of the team's regular netminder. He remained in the nets for the rest of his career.

Smiths Falls unsuccessfully challenged Ottawa for the Stanley Cup in early March 1906 with LeSueur in goal. His hockey season apparently over, LeSueur returned to his job as a bank clerk in town when he was picked up by Ottawa for the second game of their March 1906 Stanley Cup defence against the Montreal Wanderers. Ottawa was not able to defend the Cup but LeSueur stayed with the team for the following season and spent a total of eight seasons in Canada's capital.

LeSueur was a tall, standup goalie and was strong at clearing the puck. He was a student of the game and wrote a handbook of hockey which was given wide circulation while he was in his prime. He led the ECHA in wins with ten in 1908-09 and also led the NHA with 13 wins in 1910-11. Ottawa won the Stanley Cup in both years. He moved on to the Toronto Shamrocks in 1914-15 and the Toronto Blueshirts in 1915-16, where he ended his playing career.

As a coach, he led Galt to the intermediate OHA title in 1921 and was behind the bench for the Hamilton Tigers of the NHL for part of the 1923-24 season. He was the first manager of both the Windsor Arena and the Detroit Olympia. In 1927-28, he managed the Detroit entry in the Can-Pro League and during the 1928-29 season he was manager of the new Peace Bridge Arena in Fort Erie, Ontario, and also oversaw the Buffalo entry in the International Hockey League. LeSueur also invented the gauntlet-style glove for goaltenders and the style of net used from 1912 to 1925 in both the NHA and NHL.

Dubbed "Peerless Percy" by Malcolm Brice, sports editor of the Ottawa Free Press, LeSueur said that his biggest thrill was joining the Silver Seven in 1906 but running a close second was being chosen to play goal for the All-Star team in the Hod Stuart Memorial game in 1908, the first all-star game in hockey history.

Percy LeSueur was inducted into the Hockey Hall of Fame in 1961. 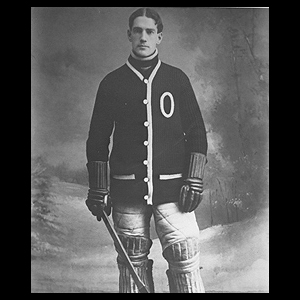