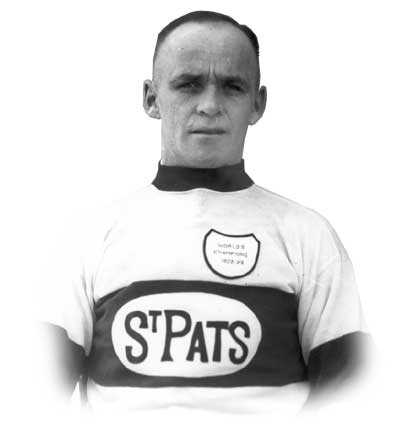 He was considered the first man to be able to curve his shot--with a straight stick, no less!--and long before Bobby Orr flew end to end with the puck Harry Cameron was the finest rushing defenceman and goal-scorer of hockey's early pro years. He made his way up through the ranks from his local Pembroke Debaters team to Port Arthur, where he accepted a contract for $30.00 a week on condition he could bring his left-winger Frank Nighbor. The Ports acquiesced, and the pair headed toward a pro career.

Cameron joined the Toronto Blueshirts of the NHA the next year and stayed with the team when it became the Arenas upon the formation of the NHL in 1917. In Toronto he was teamed with Jack Marshall, the equally light, reliant and talented blueliner. Together they won the Stanley Cup in 1914, and Cameron stayed on to win again with the Toronto Arenas in 1918, the first time an NHL team had won.

He traveled to Ottawa and Montreal for a time before returning to Toronto, the franchise by now called the St. Pats, and sure enough he helped the team win another Cup, in 1922. In 1923 he moved out West to coach and play for the Saskatoon Sheiks, skating now as a forward with Harry Connor and Earl Miller. His curved shot became his trademark, and only a few other players have ever been credited with perfecting its use: Bill and Bun Cook, Dr. Gordie Roberts, and Didier Pitre.

Cameron continued to play until 1933, at which time he devoted his efforts fully to coaching the Saskatoon Standards in senior hockey.

He was inducted into the Hockey Hall of Fame in 1962. 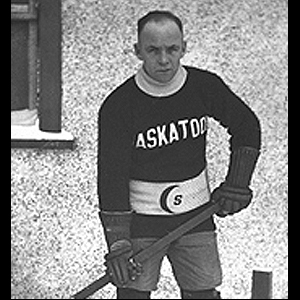