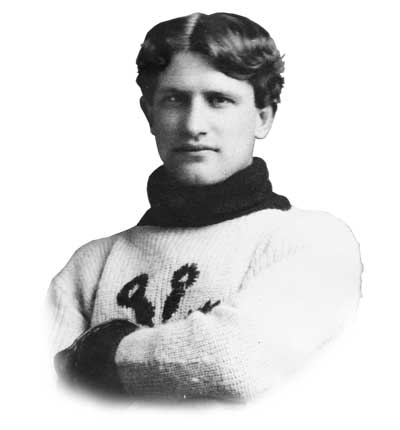 Billy McGimsie was the son of a contractor who had to move around year-by-year to find work to support his young family. Originally from Port Hope, the McGimsies had moved to Woodville in the spring of 1880 before Billy was born, and they were off again a year later, this time moving north to Rat Portage (now known as Kenora).

McGimsie began playing organized hockey with the local school teams and with teams in the Church and Mercantile Leagues. He joined the Rat Portage Thistles in 1902 after quitting school and paying the going rate of two dollars to sign on with the club. The Thistles won the league title that year and journeyed to Ottawa in March 1903, challenging the mighty Silver Seven for the Stanley Cup. The Thistles, with only one player over the age of 20, lost both games of the challenge in what was to become the first of nine straight Cup defenses for the Ottawas.

The Thistles challenged Ottawa again in March 1905. The Silver Seven were without the services of star player Frank McGee and the challengers won the first game of the series by a score of 9-3. Ottawa, with McGee back in the lineup, won the next two games to send the Thistles home empty-handed for a second time. The fates changed in January 1907 as the re-named Kenora Thistles traveled to Montreal to challenge the Wanderers for the Cup. The Thistles finally won the Cup on this, their third attempt, by defeating Montreal 12-8 in a two-game total-goal series. McGimsie contributed a goal to the cause, and Kenora, with a population of only 4,000, had become the smallest town ever to win the Stanley Cup.

The team played an exhibition game in Ottawa on their way back from Montreal and it was in this game that McGimsie dislocated his shoulder. He never played hockey again. His personal career highlights include leading the Manitoba Senior League with 28 goals in eight games during the 1904-05 season and adding 21 goals in nine games the following year. He played his entire career with Rat Portage/Kenora and never signed a contract or turned professional. He said that when he was young his goal was to play on a Stanley Cup winning team and he achieved that goal in his final year of hockey.

Billy McGimsie was inducted into the Hockey Hall of Fame in 1962. 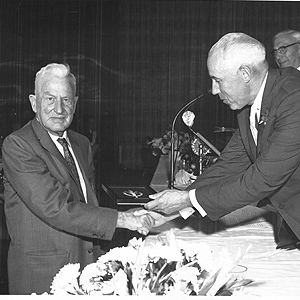 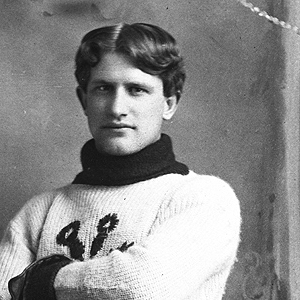