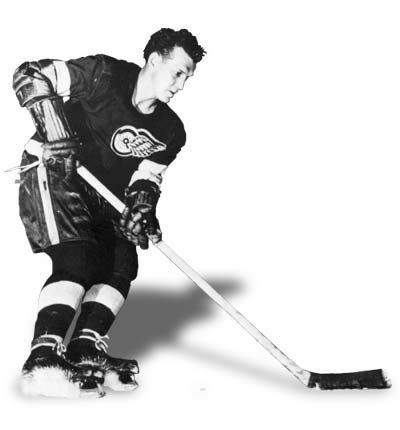 Syd Howe began skating on Patterson's Creek and the Rideau Canal in his native Ottawa, on double runners, at the age of three. By age five he had graduated to single blade skates.

Howe played hockey with the Glebe Collegiate high school team and the Landsdowne Park Juveniles in 1926 before joining the Ottawa Gunner Juniors in the newly-formed Junior City Hockey League. He and his Gunners teammates became the first Ottawa club to reach the Memorial Cup finals when they took on the Regina Monarchs in 1928, losing the best-of-three final by two games to one. Howe was a top scorer during the playdowns, registering nine goals and 13 points in eight games.

He joined his native Ottawa Senators for the last 12 games of the 1929-30 National Hockey League season and was loaned to the Philadelphia Quakers for the 1930-31 season, the Quakers' only year of existence. When Ottawa suspended operations for the 1931-32 season Howe was picked up by the Toronto Maple Leafs in the Dispersal Draft but appeared in only three big-league games, spending most of his time on the farm with the Syracuse Stars of the International Hockey League. He was back with the Senators the following year and moved with the club to St.Louis, as a member of the Eagles, in 1934-35. When the Eagles experienced financial troubles in February 1935 he was traded to the Detroit Red Wings where his career could finally get on track.

Howe was on the ice in the Montreal Forum at 2:25 a.m. on March 25, 1936, when Mud Bruneteau scored in the sixth overtime period to give Detroit the win in game one of the best-of-five semi-final against the Maroons, the longest game in league history. Detroit went on to win the series and the Stanley Cup that spring and followed up with another Cup victory in 1937.

On March 19, 1940, Howe scored 25 seconds into overtime to give the Wings a 2-1 victory over the New York Americans in game one of the quarter-finals. It was Howe's most cherished moment of his career and would stand as the fastest overtime goal scored in NHL history for the next 29 years. He also set the modern-day NHL record by scoring six goals in a game on February 3, 1944, versus the New York Rangers, a recorded which has since been twice equaled but never bettered in over fifty years of play. He was named to the NHL Second Team All-Star squad as a left-winger in 1945 and played in the 1939 benefit All-Star game for Babe Siebert.

Howe was an all-around player, shifting between left wing and centre as needed, killing penalties and dropping back to play defence in a pinch. Those who watched the team closely reported that Howe's ice time with Detroit would constitute an amazing total.

Although they shared the same surname, Syd and Gordie Howe were not related. Syd Howe was inducted into the Hockey Hall of Fame in 1965. 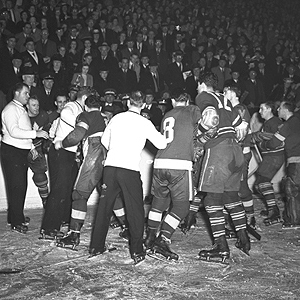 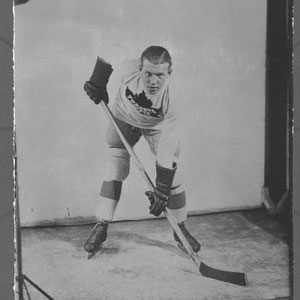 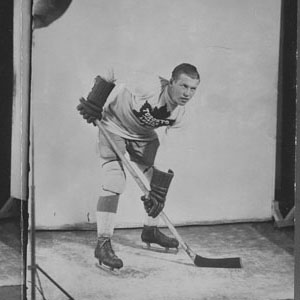 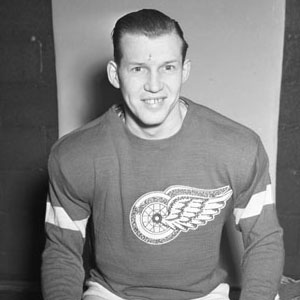 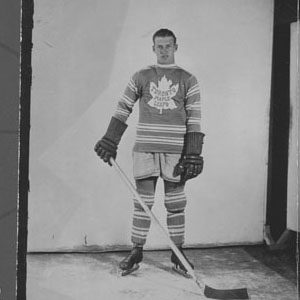 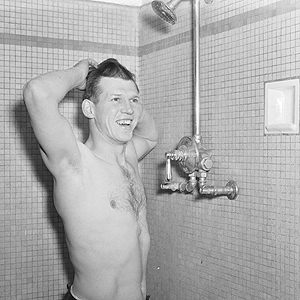 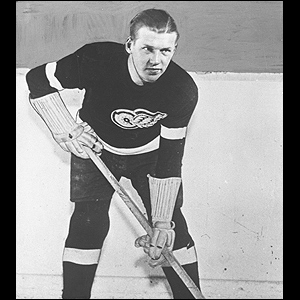 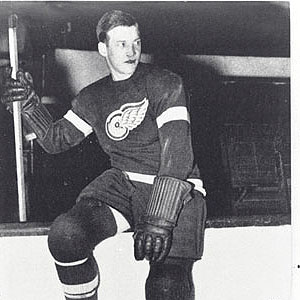