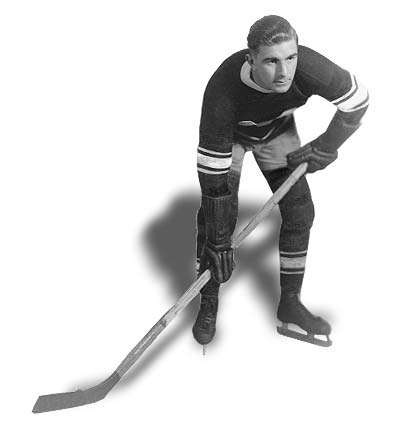 Forward Hooley Smith excelled at several facets of the game during his 17 years in the NHL. A prolific scorer, he retired in 1941 as one of the few skaters to reach the 200-goal mark. Smith was also considered a dogged checker and one of the most physically imposing combatants in the league.

Smith spent the 1920-21 hockey season with the OHA's Parkdale Canoe Club before graduating to the city's prestigious Granites squad of the senior league. His most fulfilling year came in 1923-24, when he led all players with 14 assists in the regular season and added 16 more helpers in the club's drive to the Allan Cup title. Smith was a standout when the Granites represented Canada at the 1924 Olympics. He recorded 17 goals and a tournament-high 16 assists while helping Canada annihilate the opposition en route to winning the gold medal.

He debuted as a professional with the Ottawa Senators in 1924 and remained in the nation's capital for three seasons. Early in his NHL career he perfected a sweeping hook-check that stymied many opponents' offensive surges. When he was teamed with Frank Nighbor and Cy Denneny, his hook-check combined neatly with Nighbor's poke-check to give the Ottawa team an unrivaled defensive forward line. Smith didn't lose any of his scoring abilities, however, and so he developed into one of the game's most complete performers.

Smith was a talented and confident figure whose brashness on the ice got him into many hostile situations. He let his temper get the better of him while the Senators vanquished Boston in the 1926-27 Stanley Cup finals. Incensed with Bruins forward Harry Oliver, Smith attacked his opponent and laid on a beating so severe that NHL president Frank Calder leveled a one-month suspension effective at the start of the next season.

Ottawa chose this time to add desperately needed cash to their bank account by selling the hard-nosed forward to the Montreal Maroons for $22,500, a record fee at the time. This turned out to be a beneficial move for the 5'10" winger. In 1927-28, he played on a line with Nels Stewart and Jimmy Ward and helped the Maroons reach the Cup finals. It was with the Maroons' "M" on his jersey that he gained the greatest acclaim in his career. When Babe Siebert took Ward's place, the dreaded S Line was born. It was a combination that terrorized the NHL for several years. Each member of the S Line was skilled, and just as willing to skate over an opponent as around them. They were usually near the top of the league in both scoring and penalty minutes. Smith waged a year-long battle with Toronto's rugged defenseman Red Horner that was followed closely by fans and media throughout the league.

Smith was placed on the NHL Second All-Star Team in 1932 after scoring 44 points. Remarkably for the time, 33 of his points were assists. After Stewart's departure, Smith formed a successful unit with Ward and Baldy Northcott.

Smith captained the Maroons to their second and last Stanley Cup win in 1934-35. The following year he scored 19 goals and added the same number of assists to earn selection to the NHL First All-Star Team. On March 24-25, 1936, Smith's Maroons lost the longest game in NHL history, a match against the Detroit Red Wings that went to a sixth overtime period. Hooley could take some consolation from the fact that the game didn't end in the fourth extra period when he drew a minor penalty at the nine-second mark.

In December 1936 Hooley was traded to the Boston Bruins, but he struggled without his old linemates and earned only 18 points. Smith's last four NHL seasons were spent with the New York Americans, where his offensive production dropped because he spent part of his time on defense.

One of hockey's early power forwards, Smith was elected to the Hockey Hall of Fame in 1972. 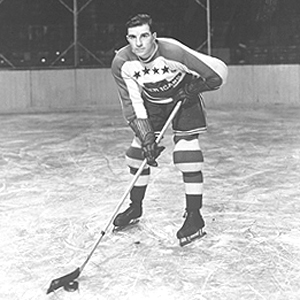 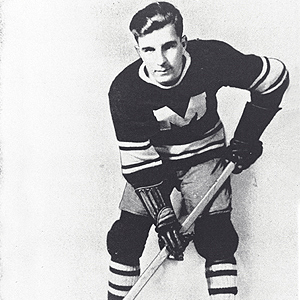 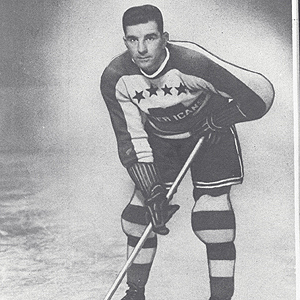