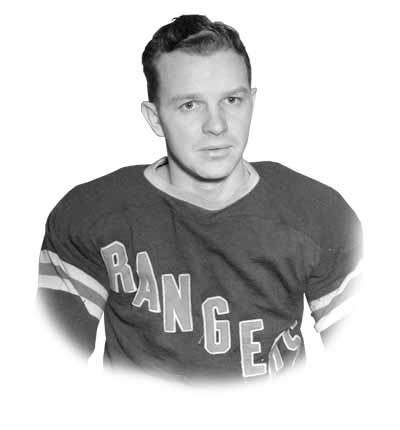 Clint Smith played his early hockey in Saskatoon before moving west to Vancouver in 1933 to play for the Vancouver Lions of the North West Hockey League. He led the NWHL with 25 goals in his rookie year and would go on to lead the league in total points for the two years prior to his NHL debut with the New York Rangers for the 1936-37 season.

He was a mainstay with the Rangers the following year and became a key member of their 1940 Stanley Cup team. Smith won the Lady Byng Trophy for gentlemanly play in 1938-39 as a Ranger and again in 1943-44 as a member of the Chicago Black Hawks, and totaled a mere 24 penalty minutes in 483 regular season games. He played in the NHL for eleven years and was not signaled off for a penalty in four of those seasons.

In 1943-44, Smith set an NHL record by recording 49 assists in a season while playing on a line with future Hall of Famers Bill Mosienko and Doug Bentley. The line set an NHL scoring record that season with 219 total points. Smith became the first player to score into an empty net after the league had revised the rules to allow teams to pull their goalie, and he shares the NHL record for most goals in a period with four, set on March 4, 1945, against Montreal.

Smith moved from the NHL to the USHL's Tulsa Oilers in 1947 and won the Herman W. Paterson Cup as league's most valuable player in 1948. He stayed active in hockey as a player coach for the St. Paul Saints of the USHL until he hung up the blades to coach full-time with the Cincinnati Mohawks of the American Hockey League in 1952.

He returned to Vancouver in 1953 and played oldtimers hockey for many years. He was one of the founding members of the B.C. Hockey Benevolent Association, holding various positions within the organization, including president.

Clint Smith was inducted into the Hockey Hall of Fame in 1991. 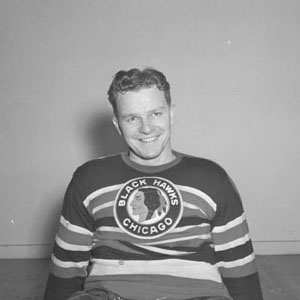 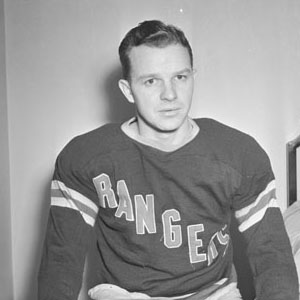 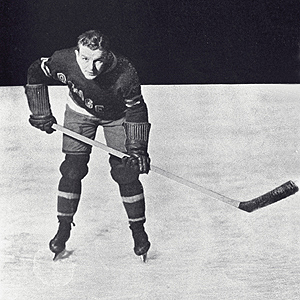