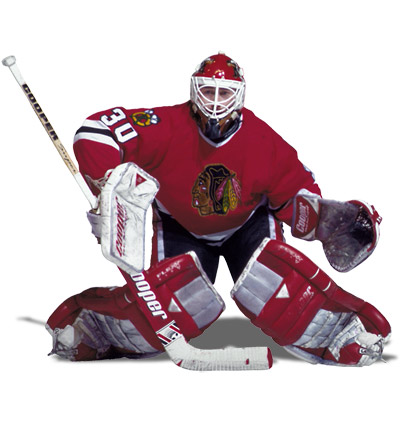 Ed Belfour will go down in history as one of the premier goaltenders ever to play in the NHL, but there is no denying he was a late bloomer.

Born in Carman, Manitoba, Belfour was still playing Tier Two hockey for the Winkler Flyers of the Manitoba Junior League as an overage player back in 1985-86 when he was 21. From there, Belfour accepted a scholarship to the University of North Dakota, where he first began to show signs that he had the potential to be a top-flight goaltender. He won 29 of 34 games and caught the attention of the Chicago Blackhawks scouting staff.

In September 1987, Belfour was signed by the Blackhawks to a free-agent contract. During the 1988-89 season, at the age of 23, Belfour appeared in 23 games, coming out of the gate with a rather unimpressive 4-12-3 record and a 3.87 goals-against average. The following year, Belfour suited up for 33 games with the Canadian National Team, and it was there that he once again showed signs of being a potential NHLer. Belfour won the starting job at Chicago's training camp and was the team's workhorse, playing in 74 games, winning 43. He was also rewarded with a spot on the Team Canada roster for the 1991 Canada Cup, although he did not play.

Belfour had quickly established himself as one of the top goaltenders in the NHL, based primarily on one good season. Eager to follow that up, Belfour did not disappoint in 1991-92, where he helped the Blackhawks advance all the way to the Stanley Cup Final before losing to the Pittsburgh Penguins. Belfour had also become known for his spirited personality. Media members and fans alike often sat on the edge of their seats in anticipation of Belfour's reaction at being yanked out of the net, which happened with regularity.

The Belfour days in Chicago came to an end in January 1997 when he was dealt to the San Jose Sharks after it became apparent he and Chicago were not going to be able to work out a new contract. He remained with the Sharks for the duration of the 1996-97 season before signing a free-agent deal with the Dallas Stars. Belfour played with the Stars for five years, and led the organization to its first Stanley Cup title in when Dallas beat the Buffalo Sabres in the 1999 Final. Belfour remained the Stars' number one netminder through the 2001-02 season, but a dismal year for the team and a record of 21-27-11 record for Belfour left the Stars out of the playoffs and it was apparent changes were in the offing. Although the NHL season was disappointing, Belfour was a member of Canada's gold medal-winning team at the Salt Lake City Olympics in 2002. During that summer, Belfour inked a multi-year contract with the Toronto Maple Leafs, replacing the departed Curtis Joseph as the team's number one netminder.

Upon his arrival, Belfour continued his solid play in goal, helping the Maple Leafs earn second spot in their division while earning his 400th career win in early April. The following season, Belfour led the team into the playoffs once again, where he shut out the Ottawa Senators in three consecutive playoff games in the first round. The Leafs would then lose to the Philadelphia Flyers in the next round.

In 2005, the netminder surpassed Terry Sawchuck for second place in all-time wins by an NHL goaltender, however, finished the season with a lackluster .500 record on a Leaf club that failed to make the playoffs for the first time in seven seasons. In the 2006 off-season, the Maple Leafs released Ed Belfour. The veteran netminder signed with the Florida Panthers, where he split his time in goal with Alex Auld. During that season, an injury to Auld allowed Belfour to regain his form and post a 2.79 GAA and .902 save percentage while going 27-17-10 in the crease. After his time in Florida, Belfour signed as a free agent with Leksands IF in the Swedish second division. 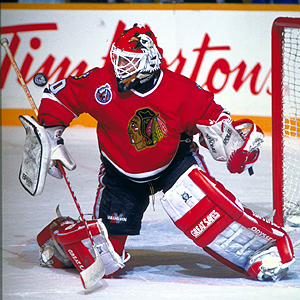 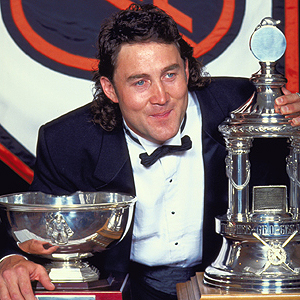 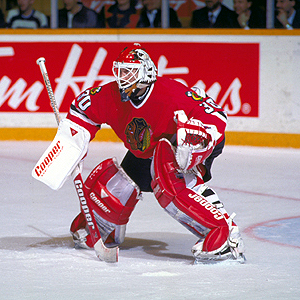 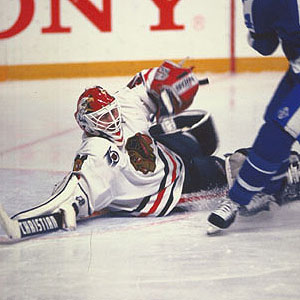 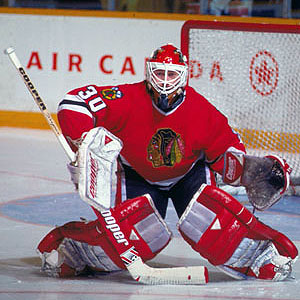 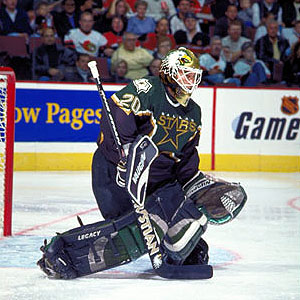 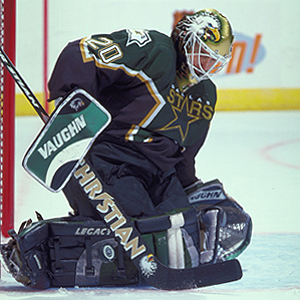 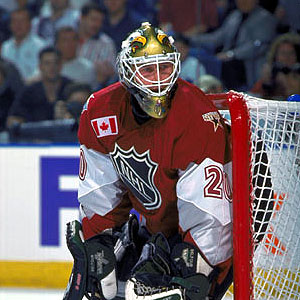 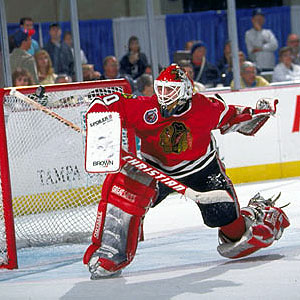 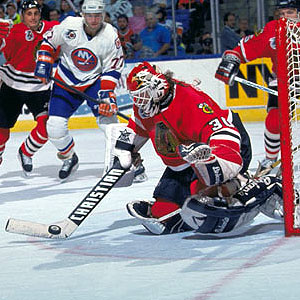 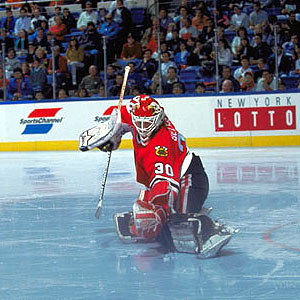 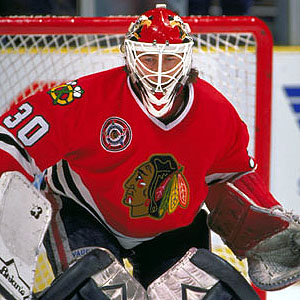 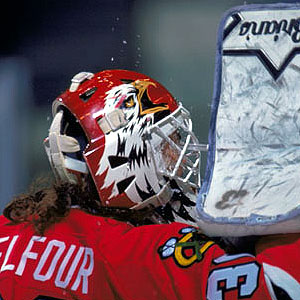 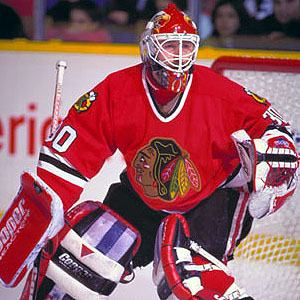 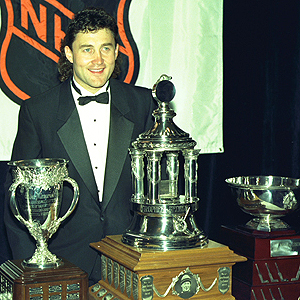 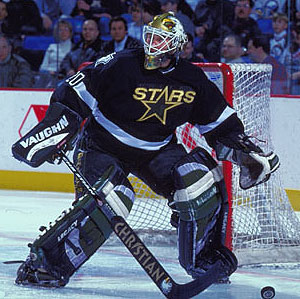 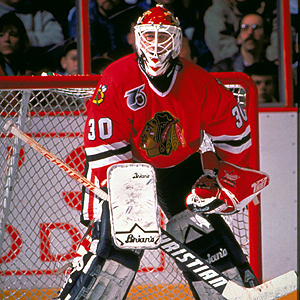 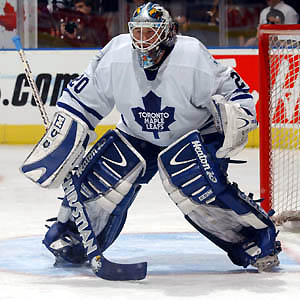 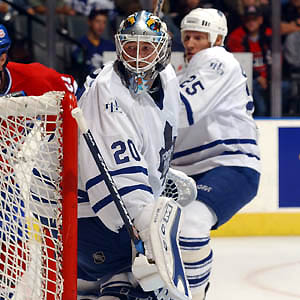