Honoured Members by the Numbers 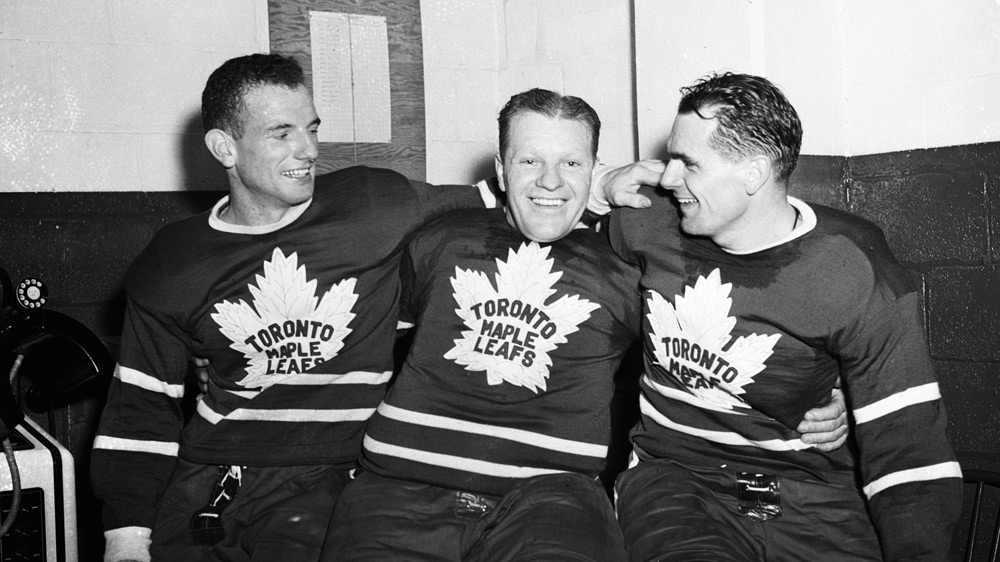 The Toronto organization boasts the most Honoured Members with 62 - pictured are Inductees Teeder Kennedy, Turk Broda and Syl Apps.

Honoured Members Who Had The Induction Period Waived

The Hockey Hall of Fame Board of Directors eliminated the right of the Selection Committee to waive the mandatory three-year waiting period for Induction in the Player Category (except under certain humanitarian circumstances) in 1999, after Wayne Gretzky received such an honour. 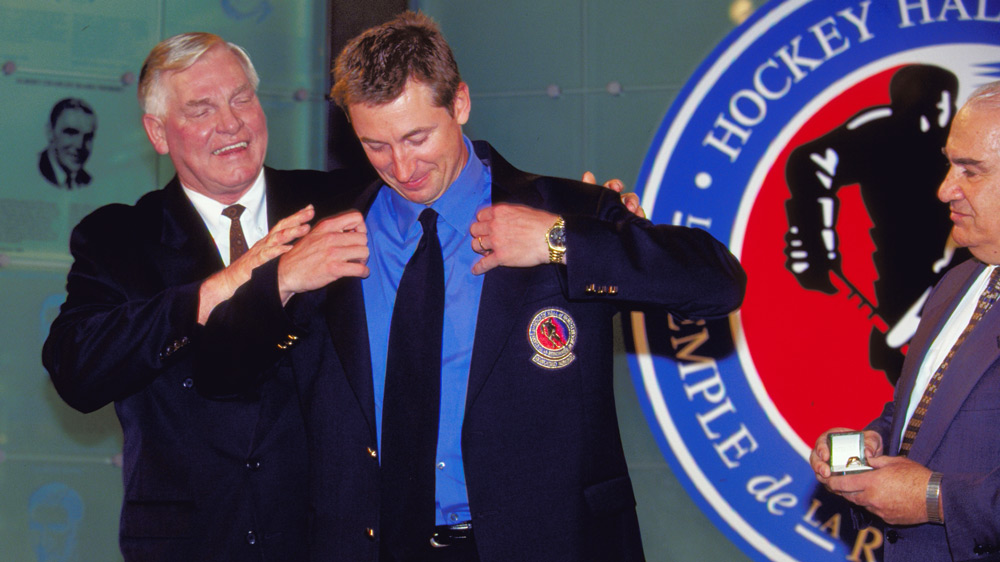 Honoured Members Who Returned to the NHL as Players

1988 - Guy Lafleur was inducted in 1988. Guy played three additional seasons in the NHL, one with the Rangers and two with Nordiques, and tallied 52 goals over that period.

2000 - Mario Lemieux was inducted in 1997. Upon returning to the NHL, Mario won the Lester Patrick Trophy (2001), Olympic Gold Medal (2002), and averaged over one and a half points per game (more than any other player during that period). 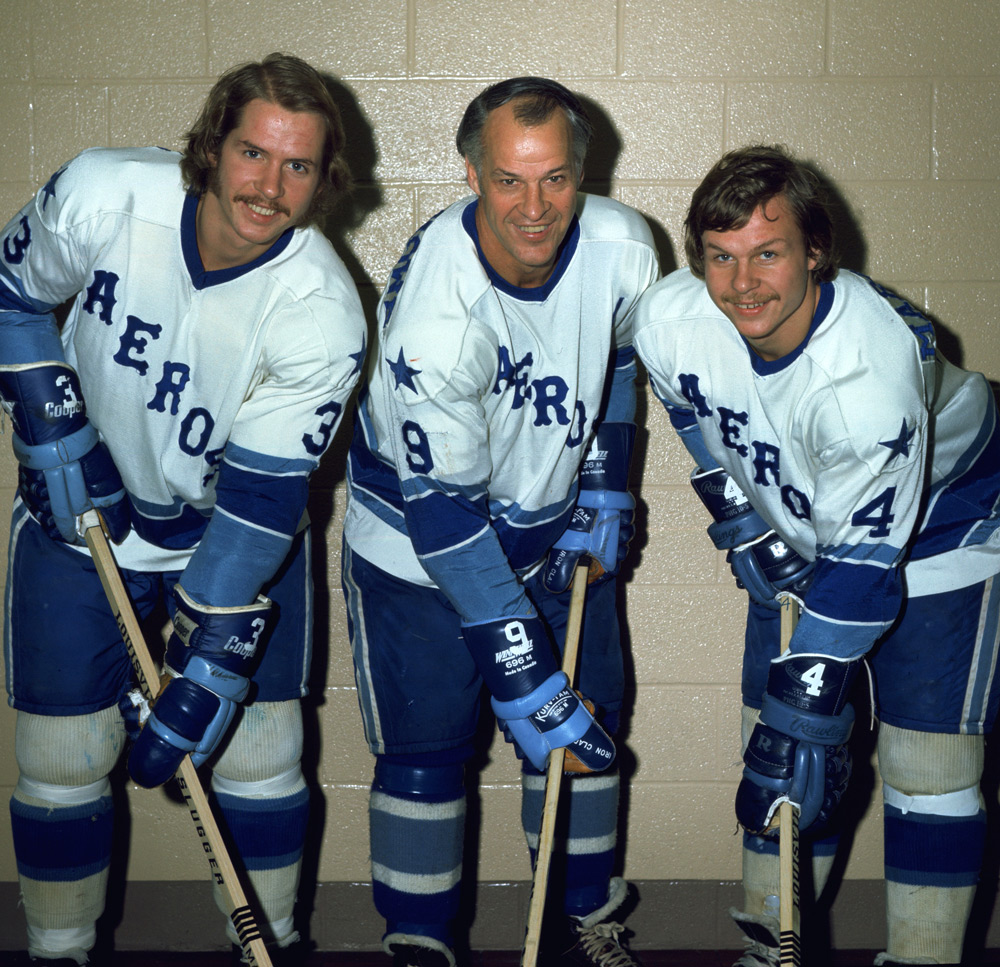 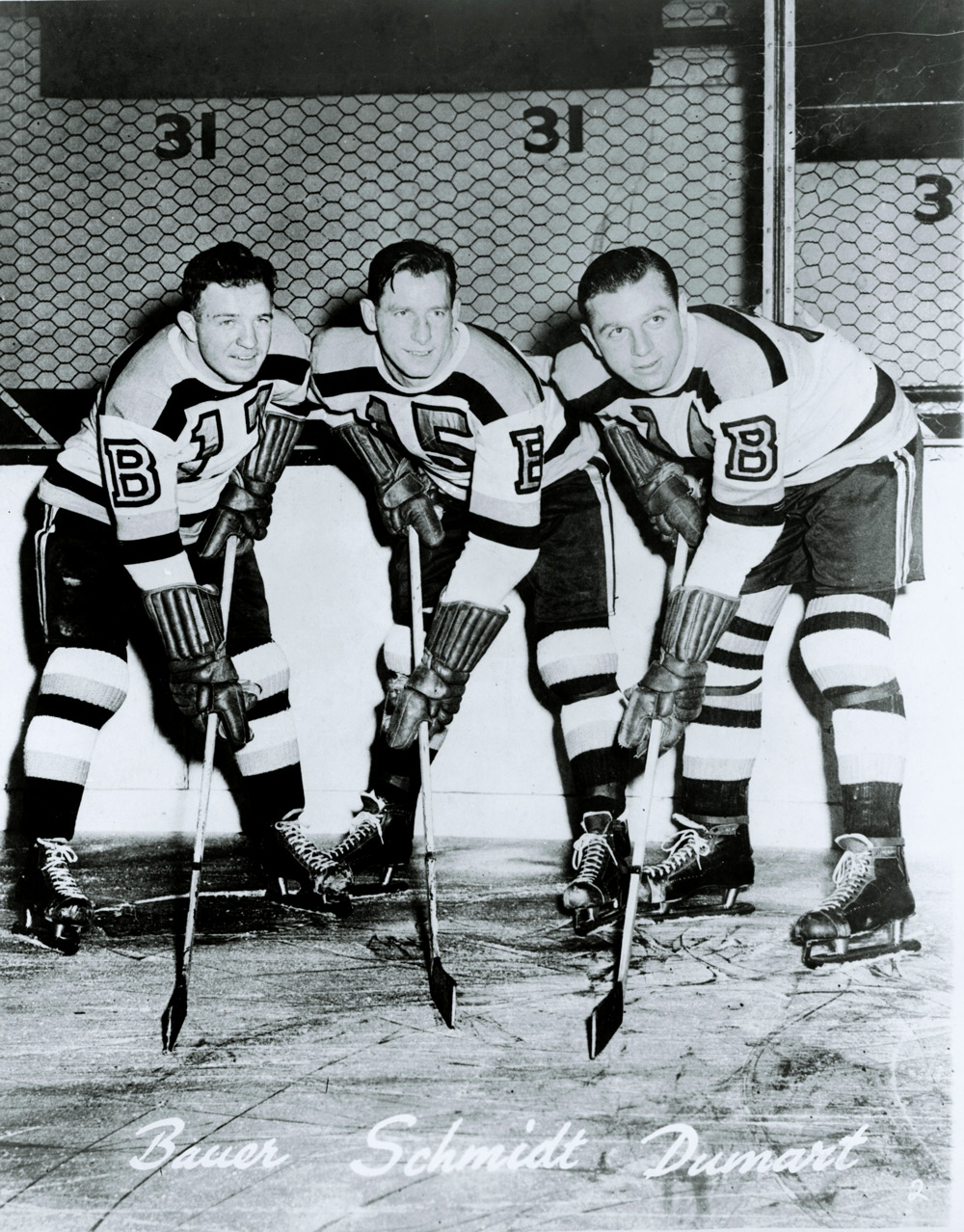 Bobby Bauer, Milt Schmidt and Woody Dumart were united in the Hockey Hall of Fame after Bauer and Dumart were inducted through the Veteran Player Category.

Hobey Baker (inducted in 1945) served as a US pilot during World War 1. He survived the War but crashed and died while testing a new plane on December 21, 1918 at the age of 26.

Scotty Davidson (inducted in 1950) enlisted for military service after World War I broke out in 1914 and was killed in Belgium on June 6, 1915. Davidson was 25.

Joe Hall (inducted in 1961) and almost all of his teammates fell ill during the 1919 Stanley Cup Final, with a number of them requiring hospitalization. Everyone recovered except for Hall who contracted pneumonia as a result of the flu and died in hospital on April 5, 1919. He was 37.

Tim Horton (inducted in 1977) was killed in the morning of February 21, 1974, in a single-car crash while driving home to Buffalo after a game against Toronto in which he was named the game's third star. Horton was 44.

Valeri Kharlamov (inducted in 2005) was killed, along with his wife, in a tragic car accident on the highway between St. Petersburg and Moscow on August 27, 1981. Kharlamov was 33 years of age.

Howie Morenz (inducted in 1945) suffered a broken leg in a home game against the Black Hawks on January 28, 1937. It was generally agreed that the injury would end his career at the age of 34. A few weeks later, on March 8, the hockey world was stunned by the news of Morenz's death, brought on by complications related to his injury.

Terry Sawchuk (inducted in 1971) fell awkwardly on teammate Ron Stewart after some playful wrestling at a bar in New York. Sawchuk had to be rushed to hospital, where his gall bladder was removed, and just a month later he died from internal injuries at the age of 40.

Hod Stuart (inducted in 1945) traveled to Brockville, Ontario in the early summer of 1907 to oversee the construction of the Belleville Drill Shed, a job his father's company was contracted for. During a break from work, Stuart suffered a fatal injury when he struck his head on rocks while diving into the unfamiliar waters at the Bay of Quinte.

Georges Vezina (inducted in 1945) experienced great fatigue through training camp workouts prior to the 1925-26 season. Despite a high fever, he performed admirably in the Canadiens' season opener versus the Pittsburgh Pirates. Vezina eventually was forced to retire from the game after being diagnosed with advanced tuberculosis. He passed away on March 27, 1926 at the age of 39. 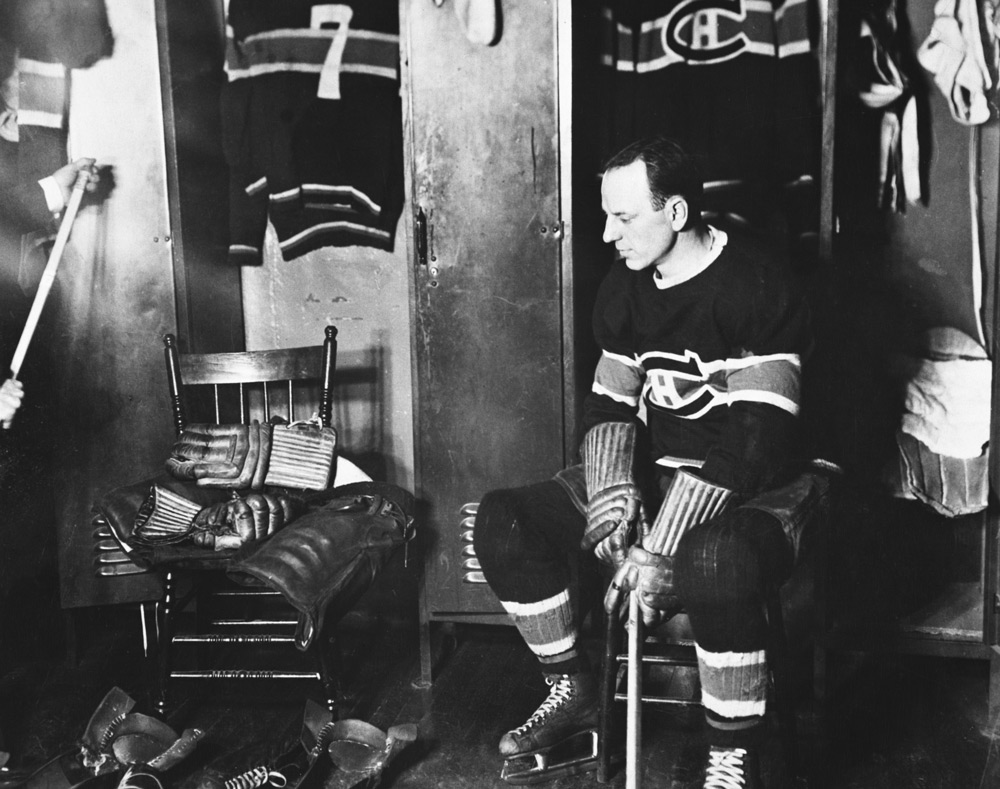 On March 31, 2009, the Hockey Hall of Fame announced that its by-laws had been amended to establish a new voting procedure in the player category that allows for an annual limit applicable to female candidates given the consensus among the Board that female candidates ought not to compete with male candidates for limited places of Honoured Membership. Since that time eight female players have achieved Honoured Member status. 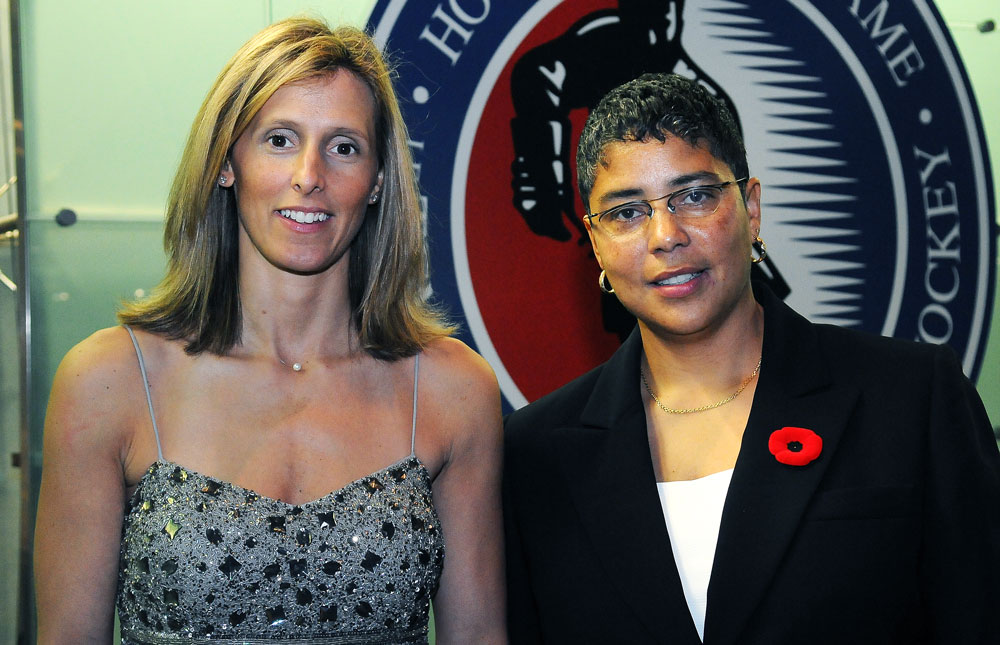 In a milestone 2010 ceremony, Cammi Granato and Angela James were the first two women inducted into the Hockey Hall of Fame.

The first formal induction took place on Saturday, September 5, 1959. Thirty-one of the thirty-four living members of the Hockey Hall of Fame attended a luncheon in the Queen Elizabeth Building at the CNE. Each was presented with the official HHOF crest. 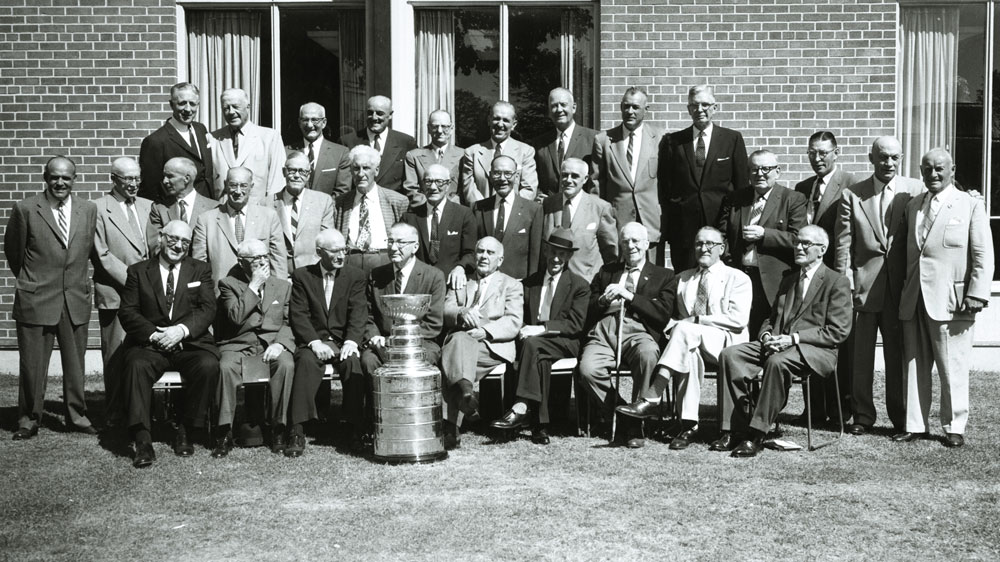 The first formal induction took place in 1959. All but Donald Bain, Frank Patrick and Senator Donat Raymond of the 34 living Honoured Members were present.