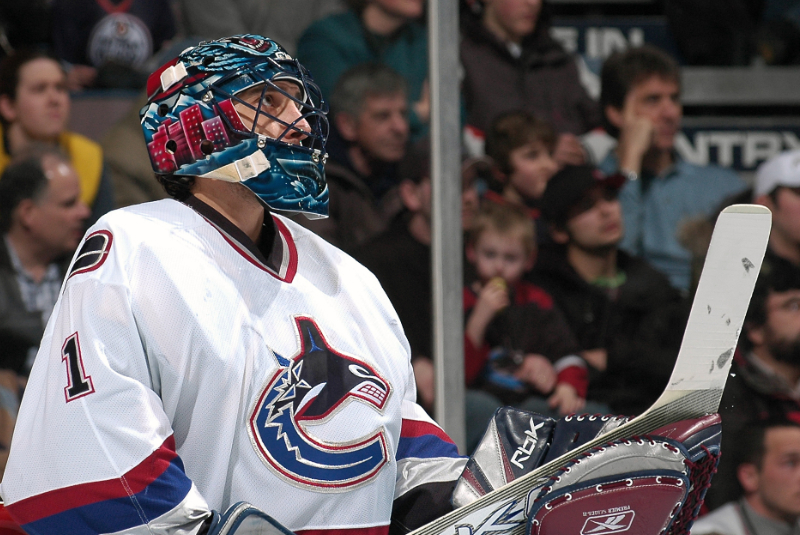 Roberto Luongo sits fourth in NHL all-time wins as of his election to the Hockey Hall of Fame's Class of 2022. (Andy Devlin/HHOF) 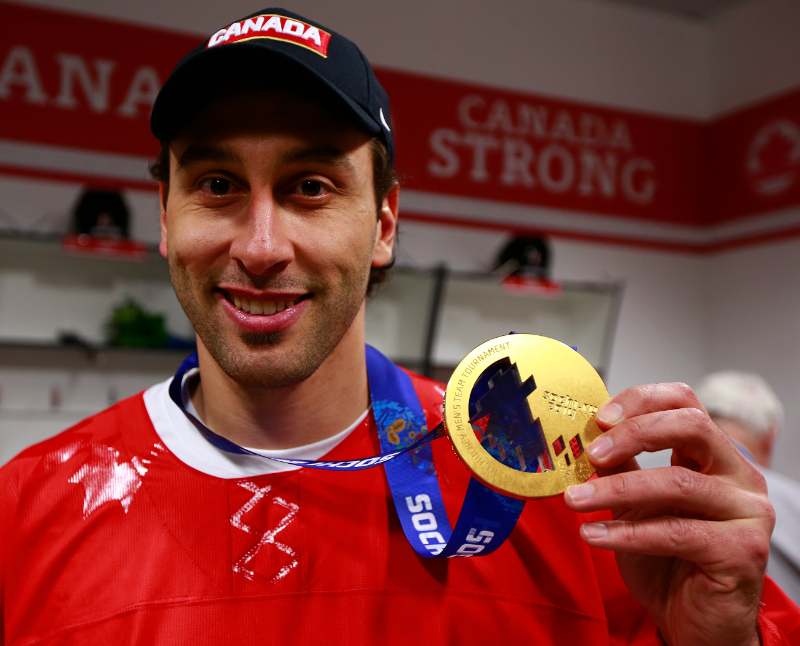 Luongo shows off his second Olympic gold medal after the 2014 final in Sochi. ( Jeff Vinnick/HHOF-IIHF Images)

One of the top goaltenders of his era, Roberto Luongo was born April 4, 1979 in Montreal, Quebec. Although he began playing organized hockey as a forward, by the time he was 11 he switched to goaltender.

While playing Junior with the Val D’Or Foreurs of the Quebec Major Hockey League (QMJHL), Luongo was awarded the Mike Bossy Trophy as the league’s best professional prospect in 1997. At the NHL Entry Draft that summer, he was selected fourth overall by the New York Islanders. At the time of the draft, Luongo was the highest-selected goaltender in NHL history. That fall with Val D’Or, he won the President’s Cup as QMJHL champions and was champion again the following season with the Acadie-Bathurst Titan.

Roberto Luongo sits fourth in NHL all-time wins as of his election to the Hockey Hall of Fame's Class of 2022. (Andy Devlin/HHOF)

In 1999-2000, Luongo turned pro with the Islanders’ American Hockey League (AHL) affiliates, the Lowell Lock Monsters, but was summoned to the parent club and made his NHL debut on November 28, 1999. Luongo's performances earned him the starting goaltender’s role that season, but he was dealt to the Florida Panthers at the 2000 NHL Entry Draft.

Although the Panthers struggled as a team, Luongo posted a franchise record five shutouts during the 2000-01 season. In 2003-04, Luongo set NHL records for most saves and most shots faced in a single season. His .931 save percentage was best among goalies with at least 50 starts and set a franchise record. His seven shutouts broke his own franchise record. Luongo was nominated for the Vezina Trophy and the Lester B. Pearson Award and was named to the NHL’s Second All-Star Team. At mid-season, he had been named to his first NHL All-Star Game appearance. In 2005-06, Roberto set a franchise record for single-season wins with 35.

Prior to the 2006-07 season, Luongo was traded to the Vancouver Canucks and was later voted to start at the 2007 NHL All-Star Game. By season’s end, he had won 47 games while recording a goals-against average of 2.29 and a save percentage of .921. The Canucks finished first in the Northwest Division with 105 points, a franchise record at the time. At the end of the season, Luongo was nominated for the Vezina Trophy, the Lester B. Pearson Award and the Hart Memorial Trophy, finishing as runner-up to all. He was voted as the NHL All-Star Game’s starting goaltender for the second consecutive season in 2007-08, although he did not play in order to attend the birth of his child.

Prior to the 2008-09 season, the Canucks named Luongo their 12th captain. He became the first NHL goaltender to serve as a captain since 1947-48. The unconventional decision went against the NHL’s rule that prohibited goaltenders from serving as captains, so Luongo incorporated the ‘C’ into the design of his mask.

In 2008-09, Luongo made his fourth NHL All-Star Game appearance. That season, he set a franchise record with nine shutouts as the Canucks finished first in the Northwest Division. Injuries plagued Luongo in 2009-10, but he managed to record a 40-wins.

Luongo shows off his second Olympic gold medal after the 2014 final in Sochi. (Jeff Vinnick/HHOF-IIHF Images)

Luongo resigned as captain prior to the 2010-11 season, during which he led the NHL with 38 wins. His 2.11 goals-against average and .928 save percentage were franchise records, and along with crease-mate Corey Schneider, won the William Jennings Trophy. The Canucks finished first overall with 117 points, claiming the Presidents’ Trophy for the first time, with Luongo nominated for the Vezina Trophy again. That spring, Luongo backstopped the Canucks to the Stanley Cup Final against the Boston Bruins, but lost in Game 7.

At the 2014 trade deadline, Luongo was traded back to the Panthers. During his tenure with the Canucks, Luongo emerged as the franchise's all-time leader in wins and shutouts. With the Panthers, Luongo became the all-time franchise leader in games played, wins, and shutouts. On February 10, 2019, he played in his 1,030th career game, the second-most for an NHL goalie in history. Fifteen days later in a win against the Colorado Avalanche, he became the NHL goalie with the third-most wins. That summer Luongo announced his retirement, and as of the time of his selection to the Hockey Hall of Fame's Class of 2022 is fourth all-time in NHL wins with 489 and ninth all-time in NHL shutouts with 77. The Panthers retired his number in 2020, becoming the first player to earn this franchise honour.

In 2022, Roberto Luongo reached the pinnacle in personal hockey honours when he was inducted into the Hockey Hall of Fame in the Player Category.