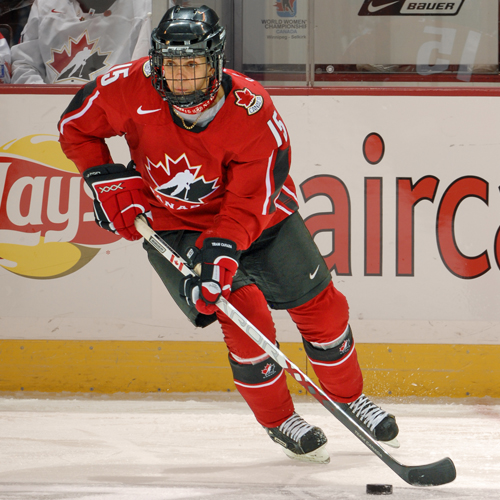 Goyette joined the Canadian National Team at the IIHF World Women’s Championships in 1992.

Three hours north of Quebec City, Quebec sits a town with a population of 800 that was the birthplace of Danielle Goyette on January 30, 1966. Although her first tiny strides on the ice in St-Nazaire were taken at the age of four, Danielle would not find a women's ice hockey team until she was 15, and even then, the roster spanned from Danielle as a teenager to women who had already turned 40. "It was more of a social thing than anything else," Danielle recalls.

Nevertheless, Danielle's athletic pursuits weren't confined to hockey. She was a top junior tennis player, was a member of the Under-21 National Fastball Team and also enjoyed playing broomball. But it was hockey that truly captured her imagination, watching the Montreal Canadiens at every opportunity and excited about playing the game with her team in their weekly game. It didn't take much convincing from her mother for Danielle to choose one sport on which to concentrate. 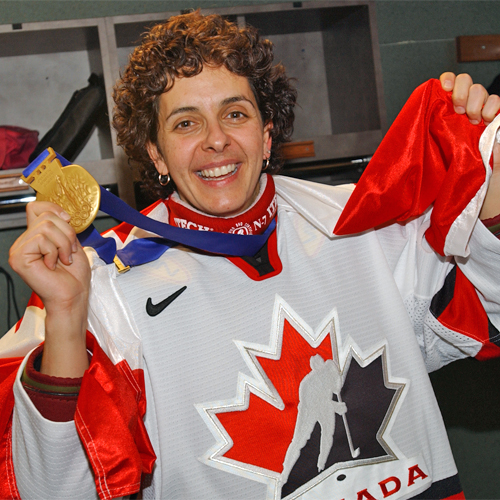 Goyette is a two-time Olympic champion, helping Canada to gold in 2002 and 2006.

Although women's hockey was yet to be included as a Winter Olympic sport, Danielle was determined to take her formidable skill and desire beyond the once a week hockey games. In 1991, at the age of 25, she achieved a dream when she joined the Canadian National Team, and played in the IIHF World Women's Championships in 1992.

Speaking almost no English, Danielle found the experience lonely as the common language for the team was English. Determined to continue pursuing her hockey dreams with word that women's hockey was to be admitted to the Winter Olympics in 1998, in 1996 she moved to Calgary where the high-performance hockey program was centralized, allowing her to concentrate on hockey full-time and at the same time, to nurture her language skills.

Team Canada sent a team that included Danielle Goyette to Nagano, Japan in 1998 to compete in the historic Olympic tournament. The Canadians claimed the Olympic silver medal, with Danielle the top goal-scorer with eight tallies. But Team Canada then went on to win Olympic gold medals in both 2002 (Salt Lake City, Utah, USA) and 2006 (Turin, Italy), with Danielle leading the way in each case. In 2002, she tied as leading point-producer with 10, and in 2006, she was honoured by being selected as the flag-bearer for Canada at that year's Opening Ceremonies. She stands as the second-leading goal scorer in the history of Women's Hockey at the Olympics with 15. 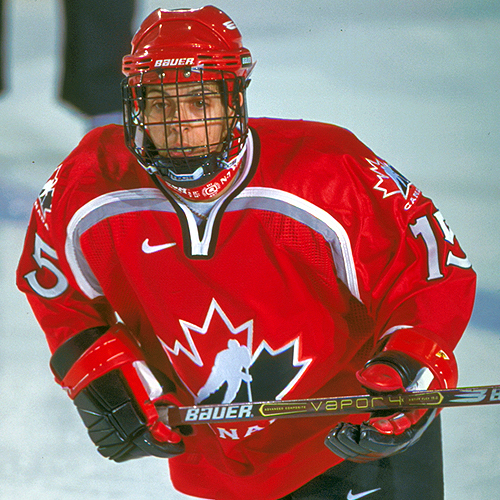 In 171 career games with the Canadian National Women’s Team, Goyette recorded 113 goals and 105 assists for 218 points..

Besides the Olympic experience, Danielle played in nine World Women's Hockey championships, contributing to eight gold medal victories and one silver. She is the fourth-leading scorer in the tournament's history, collecting 68 points, including 37 goals, which is third-best in World Women's Hockey play.

Prior to her retirement in 2006, Danielle had proven to be one of Canada's most prolific forwards, with 113 goals and 105 assists for 171 career games with the Canadian National Women's Team.

In addition, while playing for Team Alberta at the Esso Women's National Championships in 2003, Danielle was selected as the tournament's most valuable player as her team took the Abby Hoffman Cup as champions.

Although her original plan was to remain living in Calgary for five months, she has remained in Calgary ever since. After retiring following the 2007 World Women's Hockey Championship at 41 years of age, Danielle Goyette has stepped into a mentoring role, coaching the women's program for the University of Calgary Dinos (the team won the CIS National Championship in 2011-12) and as a consultant for Team Canada's Women's Hockey Team.

Danielle's brilliant career combined both skill with longevity, and she credited her parents with encouraging her pursuits. "They pushed me to do what I wanted to do," she said. "For them, it was more, 'Do what you love to do and you're always going to be happy.' Now I can look back and say, 'Thank you.' I'm so lucky to be able to do what I want in life."