In the Builder Category: 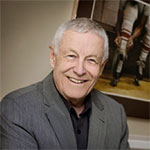 “I am truly humbled to be elected to the Hockey Hall of Fame” said Drake. “As a Canadian university hockey coach this honour is truly special.” 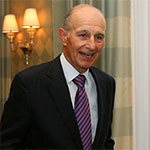 Jeremy Jacobs has been Owner and Governor of the Boston Bruins since he purchased the team in 1975.  The Chairman of the NHL Board of Governors since 2007, he won the Lester Patrick Award for service to hockey in the United States in 2015.

“Being elected into the Hockey Hall of Fame was the furthest thing from my mind when I purchased the team over 40 years ago,” said Jacobs.  “To be honoured in the same way as former Flames’ governor Harley Hotchkiss is truly humbling.”

In the Player Category: 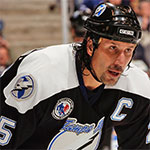 Dave Andreychuk played in over 1600 NHL regular season games in his more than 20 years in the NHL.  After being drafted by the Buffalo Sabres in the 1982 Entry Draft, Andreychuk played 11 seasons with the Sabres before being traded to the Toronto Maple Leafs where he scored 50 goals in the 1993-94 season. By his retirement in 2006, he scored 640 regular season goals, while adding 698 assists.

“When I look back I always think of hockey as a team game and it was never about me.” said Andreychuk.”  As a player it is how we are taught and that makes this individual award even more unique.” 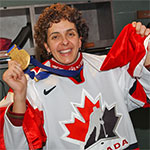 “The Hockey Hall of Fame is where the people I have looked up to all my life are enshrined, “said Goyette.  It will be an amazing honour for me to be with them.” 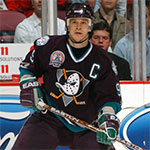 Paul Kariya was the fourth overall selection by the Mighty Ducks of Anaheim at the 1993 Entry Draft and went on to play nine seasons with the organization.  With the Ducks, Kariya recorded over 100 points twice (1996 and 1999) and scored 50 goals in 1995-96.  A member of Team Canada at two Olympic Games, Kariya won gold and silver medals.

“I have to thank all of the countless people in my life who helped me get here,” said Kariya.  “My parents sacrificed so that I could play the game and I wouldn’t be receiving this honour if it wasn’t for them.” 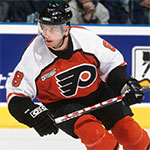 After a season in the IHL, Mark Recchi joined the Pittsburgh Penguins full-time in 1989 and began the fourth longest regular season NHL career in history, playing in 1,652 games.  Recchi won his first Stanley Cup in Pittsburgh in 1991, and went on to add championships in Carolina in 2006 and Boston in 2011 – only the 10th player in NHL history to win Stanley Cups on three different teams.

“I can’t thank the Selection Committee enough for this recognition,” said Recchi. “It’s an incredible feeling and the icing on the cake after 22 years of playing the game.” 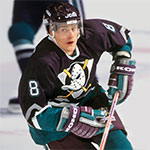 Teemu Selanne’s stellar rookie season in 1992-93 came four years after he was drafted 10th overall by the Winnipeg Jets, scoring 76 goals and winning the Calder Trophy as the NHL’s Rookie of the Year.  Selanne won the Stanley Cup with the Anaheim Ducks in 2007 and currently holds or is tied for 18 NHL records. He is also the all-time leading scorer in the Olympic Games.

“I’m lucky to have played with great people wherever I went in hockey,” said Selanne.  “The game is a team effort and I have a long list of those who helped me.”

TORONTO (April 17, 2017) - Scott Burnside, President of the Professional Hockey Writers' Association, and Chuck Kaiton, President of the NHL Broadcasters' Association, announced today that Cam Cole will receive the Elmer Ferguson Award for excellence in hockey journalism, and Dave Strader will receive the Foster Hewitt Memorial Award for outstanding contributions as a hockey broadcaster. 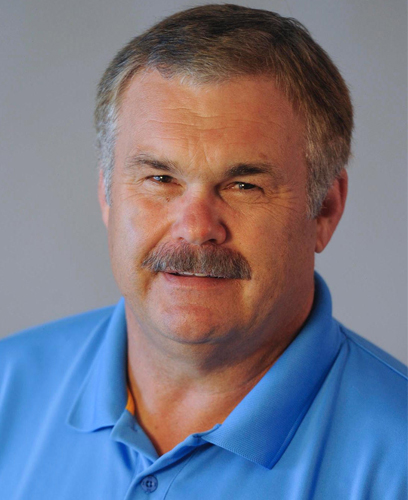 Cole's 41-year career began after he left Vegreville, Alberta to attend the University of Alberta, where he worked for the college newspaper, the Gateway. He began covering high school sports, soccer and the AJHL for the Edmonton Journal putting him in place to chronicle the Edmonton Oilers' dynasty years as the paper's general sports columnist. Cole also worked in Toronto for the National Post and in Vancouver for the Vancouver Sun, where his distinct, smart and authoritative voice brought a sane perspective to the sometimes crazy world of sport. He retired in 2016 after a distinguished career that included coverage of more than 30 Stanley Cup finals and 16 Olympic Games.

"For 20 years I have had the pleasure of calling Cam Cole co-worker, colleague and best of all a friend and couldn't imagine a more worthy recipient of the 2017 Elmer Ferguson Award," said Burnside. "Cam's elegant and thoughtful prose has long been savored by fans of all sports but at the heart of it Cam's always been a hockey guy chronicling the rise of the Edmonton Oilers in the 1980s and sharing his unique perspective on the sport covering 30 Stanley Cup finals. Blessed with a wry wit and a graceful way of conveying even the most pointed criticism Cam is widely regarded as one of the greatest Canadian sports writers of all time. You'll get no argument from this quarter." 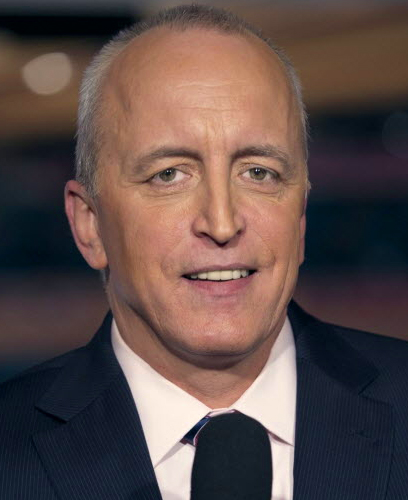 Dave Strader, a native of Glens Falls, New York, earned a degree in communications from the University of Massachusetts -Amherst. His career began in 1979 with the AHL Adirondack Red Wings. In 1985, Strader was brought to Detroit to broadcast Red Wing games until 1996. He then moved to national prominence when he was hired as one of the primary hockey voices at ESPN. He then went on to work at ABC and through the 2014-2015 for NBC as a play-by-play man at the 2006 Torino and 2014 Sochi Olympic games, as well as for the Florida Panthers, Arizona Coyotes and most recently the Dallas Stars.

"Dave is extremely worthy of this distinction as his body of work, both locally and nationally, has thrilled millions of hockey fans all around North America and Europe," said Chuck Kaiton, President of the NHLBA. "He is a very deserving winner of the Foster Hewitt Memorial Award, and the NHL Broadcasters' Association is proud to have him represent us."

Sadly, Dave Strader passed away on Sunday, October 1, 2017 after a lengthy battle with cancer. He will be given the Foster Hewitt Memorial Award posthumously at the "Hockey Hall of Fame NHL Media Awards Luncheon" in Toronto on Monday, November 13, 2017. Cam Cole will also accept the Elmer Ferguson Award at the luncheon and their award plaques will be displayed in the Esso Great Hall at the Hockey Hall of Fame alongside past recipients.

Named in honour of the late Montreal newspaper reporter, the Elmer Ferguson Memorial Award was first presented in 1984 by the Professional Hockey Writers' Association in recognition of distinguished members of the hockey writing profession whose words have brought honour to journalism and to the game of hockey.

Named in honour of the late “Voice of Hockey” in Canada, the Foster Hewitt Memorial Award was first presented in 1984 by the NHL Broadcasters' Association in recognition of members of the radio and television industry who have made outstanding contributions to their profession and to the game of hockey.