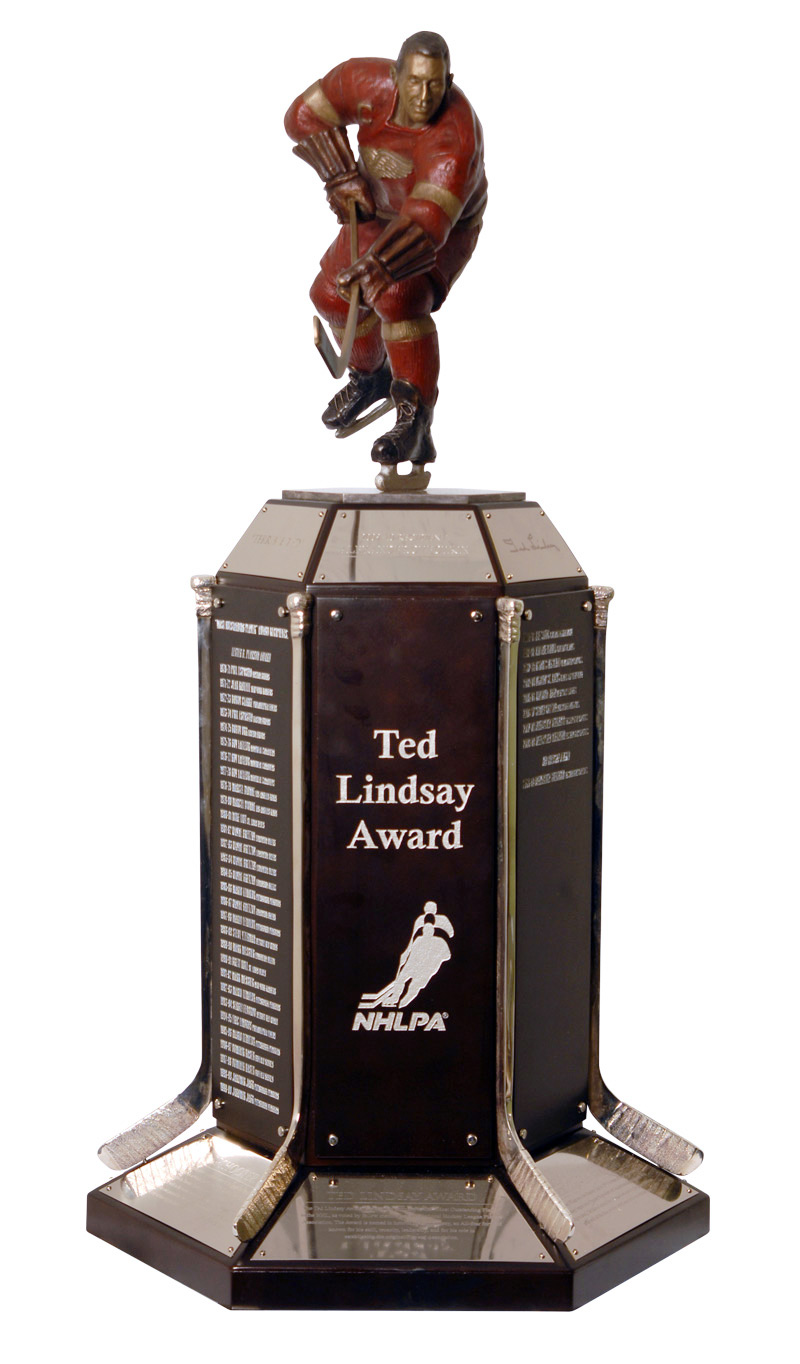 Carrying on the tradition established by the Lester B. Pearson Award, the Ted Lindsay Award is presented annually to the "most outstanding player" in the NHL as voted by fellow members of the National Hockey League Players' Association.

All past recipients of the "Most Outstanding Player" are recognized together on the Ted Lindsay Award.

The award is named in honour of Ted Lindsay, Hall of Fame forward known for his skill, tenacity, leadership and his role in establishing the original Players' Association.