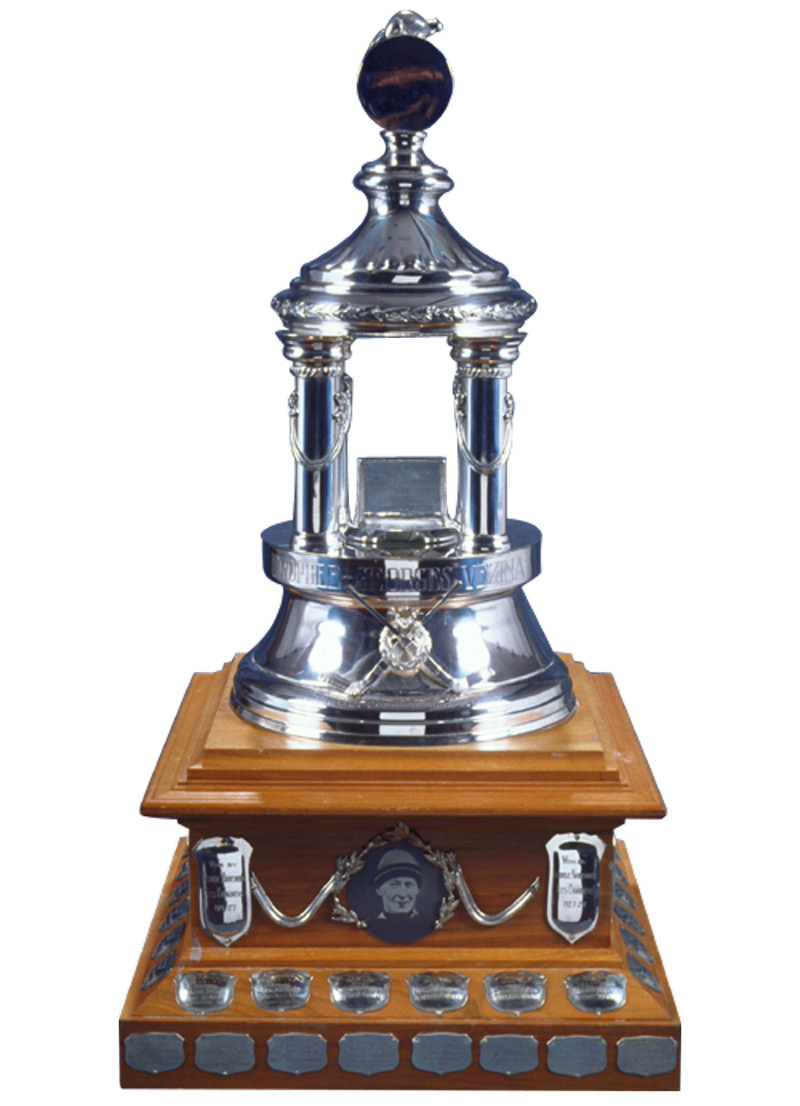 Leo Dandurand, Louis Letourneau, and Joe Cattarinich, former owners of the Montreal Canadiens, presented the trophy to the National Hockey League in 1926-27 in memory of Georges Vezina, the outstanding goalkeeper of the Canadiens, who collapsed during an NHL game Nov. 28, 1925, and died of tuberculosis a few months later.

Until the 1981-82 season, the goalkeeper(s) of the team allowing the fewest number of goals during the regular season were awarded the Vezina Trophy.

In 1981-82, the trophy's definition changed. The Williams M. Jennings Trophy was introduced for the goalkeeper with the lowest goals-against average, while the Vezina Trophy then became an award for the goaltender judged to be the best at his position in the opinion of the general managers. The first Vezina Trophy went to George Hainsworth, who, ironically, replaced Georges Vezina in goal for the Montreal Canadiens.