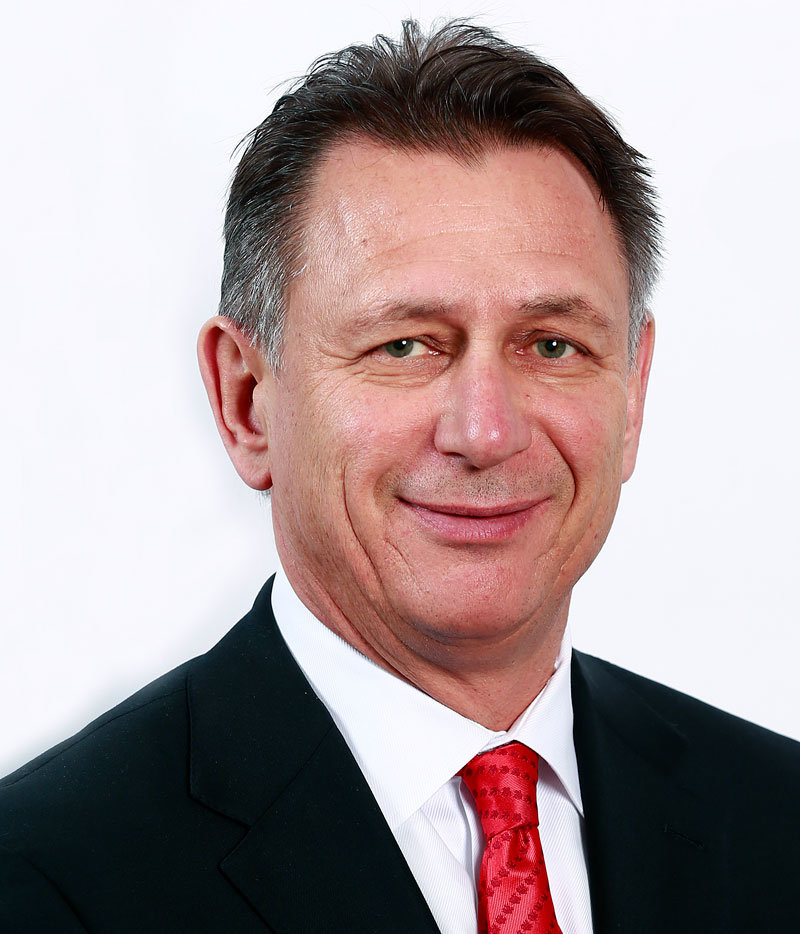 Ken Holland joined the Edmonton Oilers in May 2019 as that team’s new general manager, after serving three highly successful decades with the Detroit Red Wings. (HHOF) 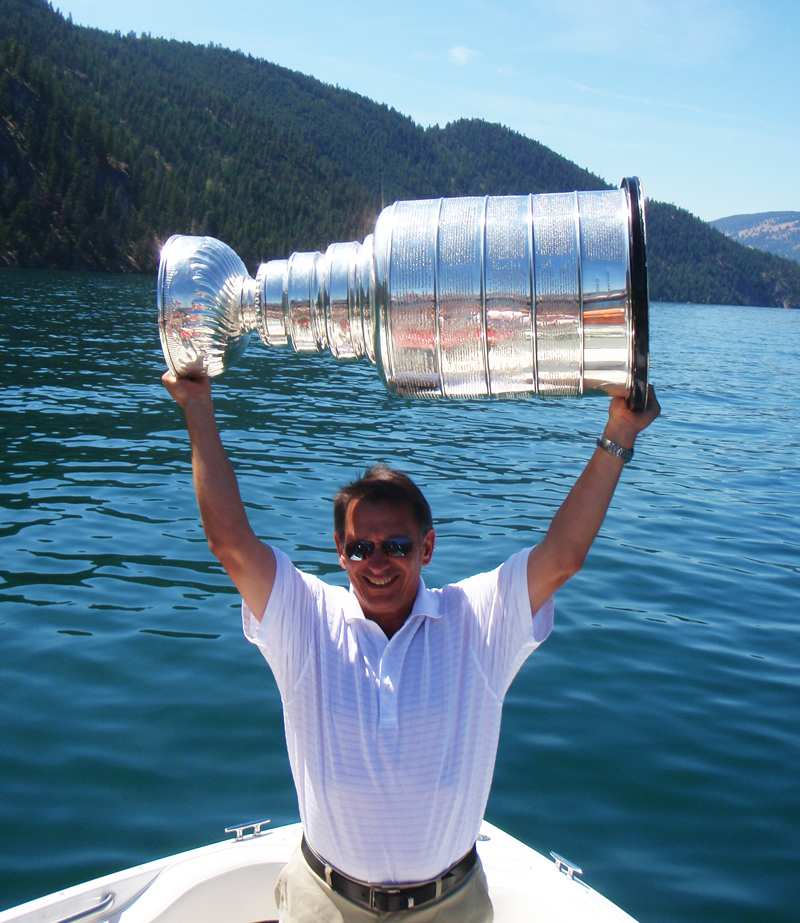 After more than three decades with the Detroit Red Wings, most recently as the senior vice-president of the National Hockey League franchise, Ken Holland joined the Edmonton Oilers in May 2019 as that team’s new general manager. As was expected, he brought the same enthusiasm and experience to the Edmonton Oilers.

Ken Holland joined the Edmonton Oilers in May 2019 as that team’s new general manager, after serving three highly successful decades with the Detroit Red Wings. (HHOF)

Born November 10, 1955, Ken Holland’s ambition was to play in the NHL. Drafted by the Toronto Maple Leafs in 1975, the goaltender achieved his goal, playing one game with the Hartford Whalers during the 1980-81 season and three more with the Detroit Red Wings in 1983-84. Although his NHL tenure was brief, his career saw him named to the NAHL Second All-Star Team as a member of the Broome Dusters in 1976-77 and to the AHL’s Second All-Star Team in 1982 while a member of the Binghamton Whalers. In 1998, Ken Holland was inducted into the Binghamton Sports Hall of Fame.

Following his retirement from playing in 1985, Holland joined the Detroit Red Wings as a Western Canada scout, and was so good as a judge of talent that he was promoted first to the role of Director of Amateur Scouting and then to assistant manager and goaltending coach. In 1997, the Red Wings selected Holland as their general manager, adding the executive vice-presidency of the team as well. He served in those capacities from 1997 to 2019. In April 2019, Red Wings alumnus Steve Yzerman was named general manager of the franchise. In an exhibition of great faith by the franchise owners, Chris Ilitch signed Holland to a multi-year contract as the team’s senior vice-president. That position was short-lived. Realizing that he had the passion and energy to continue to be a GM, he accepted the Edmonton Oilers’ offer to fill that team’s vacant general manager’s position.

Ken Holland did an outstanding job during his 34 years with the Red Wings. He has been largely responsible for the team’s great fortunes under his tenure, including four Stanley Cup championships – one in 1997 as the team’s assistant general manager and three as GM: 1998, 2002 and 2008. In addition, with Holland serving as general manager, the Detroit Red Wings won the Central Division ten times, the regular-season conference title on five occasions and finished first overall, winning the Presidents’ Trophy, four times.

To what does the hockey world attribute Ken Holland’s success? It is a combination of exceptional drafting under his watch as well as prudent trades and free agent signings. But what must also be taken into account is that Holland’s teams have been built on the concepts of loyalty and stability.

In 1998, the Red Wings drafted Pavel Datsyuk in the sixth round, and he went on to star with the team and contribute to two Stanley Cup championships. Similarly, Henrik Zetterberg was drafted in the seventh round of the 1999 NHL Entry Draft and proceeded to captain the team as well as help win the Stanley Cup in 2008. Holland’s eye for talent lead the Red Wings in producing great talent from within their system and his work can still be found in the strong base of the 2019-20 Detroit roster. Holland also orchestrated the signing of Luc Robitaille and Dominik Hasek in 2001, as well as Brett Hull in March 2002, and their skills and veteran leadership contributed significantly to the 2002 Stanley Cup win. Similarly, Holland’s acquisition of Todd Bertuzzi and Brian Rafalski in 2007, plus the signing of head coach Mike Babcock in 2005, helped open the door to a Stanley Cup win in 2008.

The Toronto Star wrote, “Ken Holland is one of the most personable, well-liked, knowledgeable and successful executives in recent NHL history.” In 2009, Ken Holland was listed as number two on Sports Illustrated’s ‘Top GMs/Executives of the Decade.’

Perhaps the best example of Ken Holland’s strength as an NHL executive is the impact he has had on other teams in the league. As you glance around the NHL, you can’t help but notice the number of successful coaches and general managers who learned their lessons under the influence of Holland. Before returning to the Red Wings in 2019, Steve Yzerman served as the general manager of the Tampa Bay Lightning where he instituted many of the lessons he learned in Detroit. Jim Nill served as Holland’s right-hand man before leaving for the GM’s position with the Dallas Stars. Mike Babcock and Todd McLellan both coached under Ken Holland before moving on to coaching positions with other franchises.

Expert in team development and building a strong foundation for his teams, Ken Holland’s approach to management has proven successful through his long career with the Detroit Red Wings and his more recent work with the Edmonton Oilers, and as a result, he was inducted into the Hockey Hall of Fame in the Builder category in 2020.