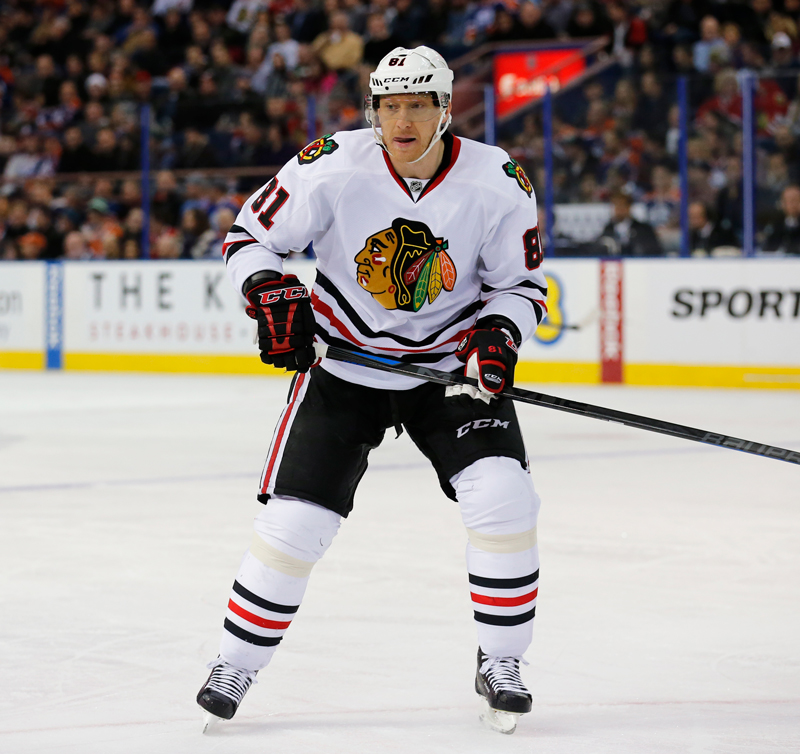 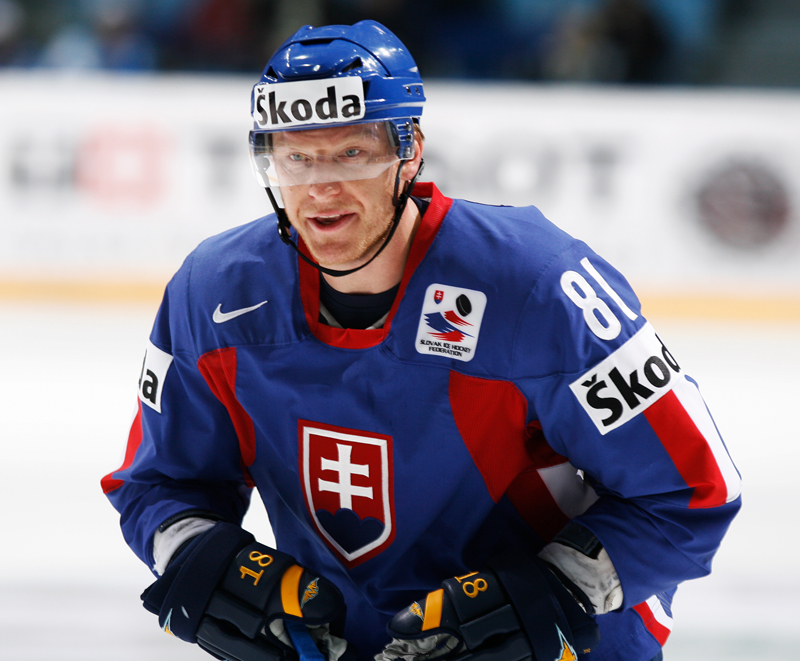 Although his 19-season NHL career came to a premature end, Marian Hossa was an exciting forward who became the first player to appear in three consecutive Stanley Cup Finals with three different teams.

Born January 12, 1979 in Stará Ľubovňa, Czechoslovakia, Marian’s first North American experience came in 1993 when his team from Bratislava played in the Quebec International Pee-Wee Hockey Tournament. Hossa was drafted in the first round of the 1997 NHL Entry Draft by the Ottawa Senators after representing Slovakia at both the World Junior Championship and the World Championship. Five days later, he was also selected in the Canadian Hockey League Import Draft by the Portland Winterhawks of the Western Hockey League, securing his services should he not make the Senators that fall.

Marian did make the Senators for the 1997-98 season, at least temporarily. He played the first seven games of the season but was then assigned to the Winterhawks where he won the Jim Piggott Memorial Trophy as the WHL’s Rookie of the Year with 45 goals and 85 points in 53 games. The Winterhawks secured a berth in the Memorial Cup, but in the deciding game, Hossa suffered a knee injury. Portland went on to win the championship in overtime. He was named to the Memorial Cup All-Star team and was also selected to both the WHL West First Team All-Star Team and the CHL All-Star Team.

The injured knee delayed his start to the 1998-99 season, but he joined Ottawa in December 1998 and went on to finish second for the Calder Memorial Trophy vote as the NHL’s Rookie of the Year.

Surpassing the 30-goal plateau for the first time in 2000-01, Hossa was invited to play in the NHL All-Star Game. He played in the All-Star Game again in 2003 during a season in which he scored a career-best 45 goals for the Presidents’ Trophy-winning Senators. In 2003-04, his seventh and final season with Ottawa, he contributed 82 points.

Hossa played in Europe during the NHL lockout season in 2004-05 but returned wearing an Atlanta Thrashers jersey after a trade that saw him exchanged for Dany Heatley. Atlanta proved to be fertile ground for Hossa’s talents, and he collected 92 points in 2005-06. He earned a career-best 100 points in 2006-07, which was a single-season points record for the franchise. Marian made a third All-Star Game appearance that season as Atlanta finished first in their division and made the playoffs for the first time.

He played in his fourth All-Star Game during 2007-08 but was traded to the Pittsburgh Penguins at the trade deadline. Although injured later in the season, Hossa’s contributions that season were mainly reserved for the playoffs. The Penguins met the Red Wings in the Stanley Cup Final. Detroit won the Stanley Cup, but Hossa finished third in playoff scoring.

After Pittsburgh, Hossa signed with the Red Wings for 2008-09. He scored a team-leading 40 goals, his third time reaching that plateau. In the post-season, Detroit reached the Stanley Cup Final, facing Pittsburgh for the Stanley Cup, with Hossa playing in his second consecutive Final. The Penguins defeated Detroit to collect the Cup.

In July 2009, Hossa signed with the Blackhawks. Chicago reached the Stanley Cup Final against the Philadelphia Flyers. It was the third straight spring for Hossa to compete for the Stanley Cup, each time with a different team. Although the media tagged Marian with the inability to win a Stanley Cup championship, the ‘Hossa Hex’ was broken in 2010 when Chicago defeated the Flyers. Blackhawks’ captain Jonathan Toews received the Stanley Cup from NHL Commissioner Gary Bettman and then handed hockey’s greatest prize to Hossa.

Marian was again selected for the NHL All-Star Game in 2012. Back for the lockout-shortened 2012-13 season, Chicago again returned to the Stanley Cup Final, this time against Boston. It was Hossa’s fourth Stanley Cup Final in six seasons, and Chicago went on to win the Stanley Cup again, Marian’s second. Hossa and the Hawks returned to win a third championship in 2015, defeating Tampa Bay in the Final.

Prior to the 2017-18 season, Marian Hossa announced that he was suffering from a skin disorder and would not play that season. In May 2018, Hossa announced that he was no longer able to play and retired. Although hampered by injuries, Marian Hossa played 1,309 regular season games in which he scored 525 goals and 609 assists for 1,134 points. In 205 playoff games, he added 52 goals, 97 assists and 149 points.

Hossa also had a terrific international career playing for Slovakia. He participated in the IIHF World Junior Championships in 1997 and 1998. He also appeared in seven World Championships, competed for his country at the 2004 World Cup of Hockey and was a member of Team Slovakia at the Winter Olympic Games in 2002, 2006, 2010, and 2014.

A perennial All-Star and three-time Stanley Cup champion, Marian Hossa was inducted into the Hockey Hall of Fame in 2020.