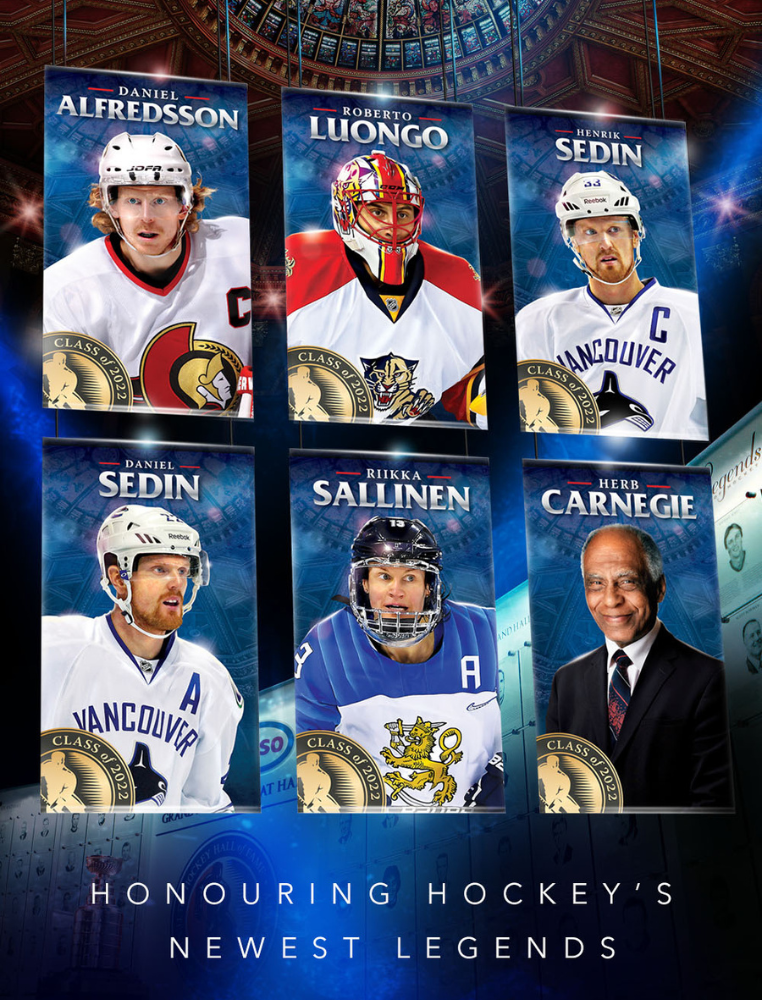 Tickets are now on sale for the Induction Celebration taking place on Monday, November 14, 2022. Click here for details. 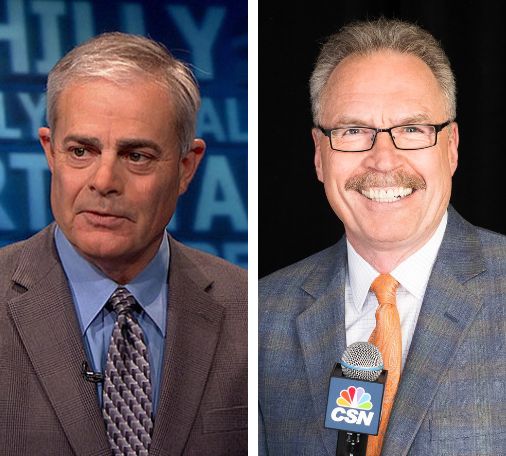 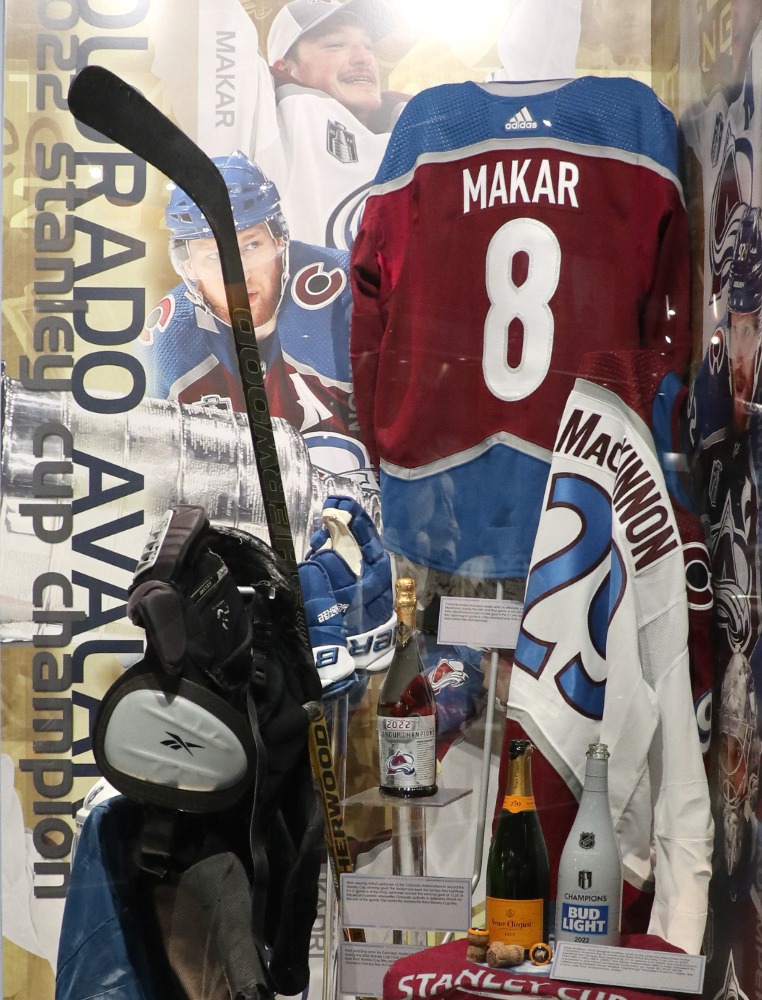 The Hockey Hall of Fame continually receives donations of artifacts from across the world, from international tournaments to leagues, schools, photography collections and more. Here are some of the newest additions now on display:

• Pandemic Hockey Exhibit – In Hometown Hockey, explore how hockey has moved through pandemics from the Spanish Flu to COVID-19. Artifacts in this two-case exhibit include a program from the inaugural 1917-18 NHL season, the Ottawa City Hockey League 1917-18 champion Munitions Hockey Club composite photo, Canadian jersey for the first time ice hockey was played at the Olympics in 1920, Connor Bedard’s 2020-21 rookie year jersey as the first player granted exceptional status in the WHL, Kendall Coyne Schofield’s skates from when she participated in the fastest skater competition at the 2020 NHL All-Star Skills Competition, Paul Stasny’s stick from his 1000th NHL game played during the 2020-21 season, and the puck Brianna Decker used to score the first women’s professional game goal at Madison Square Garden during the PWHPA's 2021 Secret Dream Gap Tour.

• IIHF Year In Review - Updated with items from the 2021 IIHF Ice Hockey Women's World Championship which took place in a bubble in Calgary, AB! Artifacts include a stick used by Canada's Marie-Philip Poulin, jersey worn by Hilary Knight of the USA, Japanese forward Haruna Yoneyama's jersey and more.

• Tampa Bay Lightning’s 2020 and 2021 Stanley Cup Championship Rings -the rings covered in diamonds and blue sapphires can be found on display inside Lord Stanley’s Vault in the Esso Great Hall.

• Joseph, Smith, Walcott Sticks – in May 2021, Mathieu Joseph, Gemel Smith and Daniel Walcott formed what is believed to be the first all-Black line in the NHL. The sticks from the three Tampa Bay Lightning players were generously donated to the Hall and are now on display.

• Vasilevskiy and Anderson Masks – donated during this current NHL season, the masks of Tampa Bay Lightning and 20/21 Conn Smythe Trophy winner Andrei Vasilevskiy and Buffalo Sabres veteran Craig Anderson, who became the sixth American-born goaltender to reach the 300-win mark this season, are on display in The Mask presented by Imports Dragon. 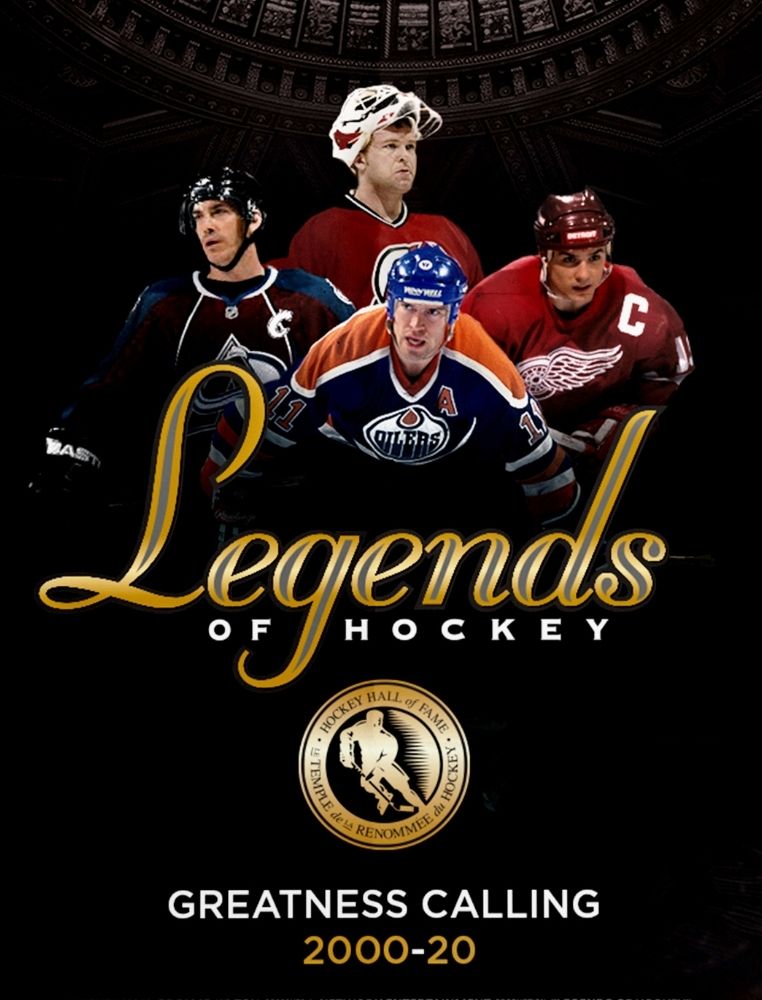 TORONTO (November 3, 2021) – The Hockey Hall of Fame is pleased to announce today that they have teamed up with Network Entertainment and TSN to produce a new 10-part series entitled Legends of Hockey: Greatness Calling 2000-20.

“I’m excited about the upcoming new chapter of the Legends of Hockey series – it’s a fitting tribute to our game’s greatest players who for decades have inspired our youth and entertained and delighted hockey fans around the globe,” said Jeff Denomme, the Hockey Hall of Fame’s CEO.

Click here to view the full release and list of Honoured Members to be celebrated in Legends of Hockey: Greatness Calling 2000-20. 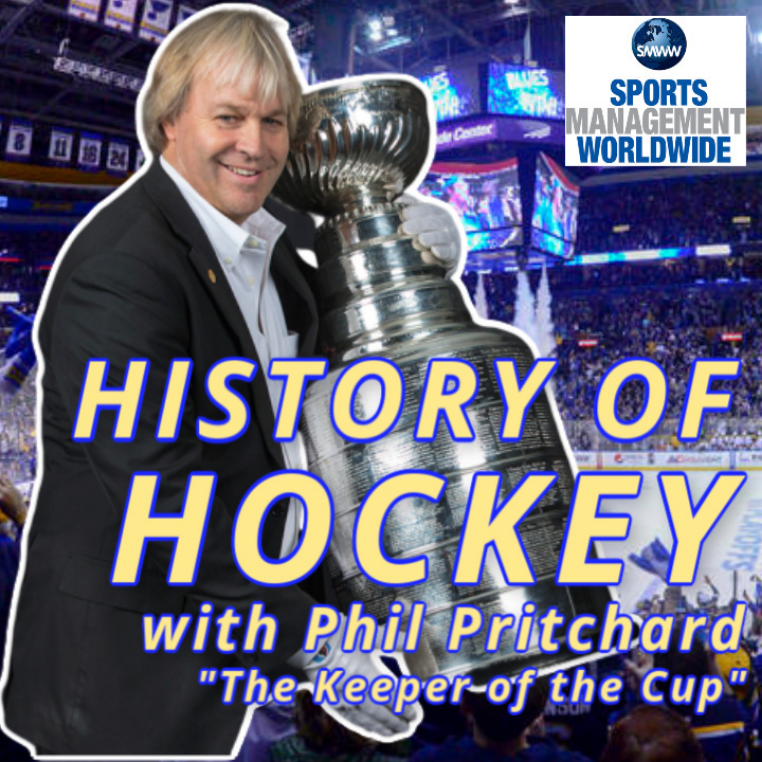 Keeper of the Cup Phil Pritchard takes you through the history of hockey in a new online course with Sports Management Worldwide! Expand your knowledge of the game, and hear behind-the-scenes stories of the greatest moments and people that make hockey the greatest sport. Over the 8-week course, you will hear from Phil as he shares first-person accounts and stories never before told, from the history of the game no one wants to talk about- the lies, corruption, and characters that have stained the respectful game- to life on the road with the Stanley Cup. He’ll examine the growth of the game, the digital age and what the future holds. 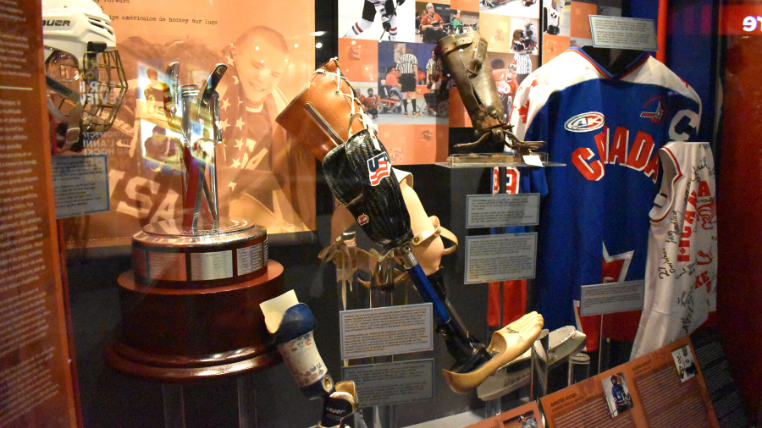 THE CHANGING FACE OF HOCKEY – DIVERSITY IN OUR GAME EXHIBIT

The Changing Face of Hockey - Diversity in Our Game is a permanent exhibit that brings to light the challenges faced by marginalized people across North America in their struggle for social equality and acceptance in the great game of hockey.

The display pays homage to the pioneers who confronted discrimination from the hockey world through their perseverance, talent, and courage. They have enriched the cultural landscape of hockey and established a tangible forum in which to fight prejudices still faced by many, both in hockey and in life.

The display makes its permanent home within the Hometown Hockey Zone. As part of the Hockey Hall of Fame's 75/25 Anniversary Celebrations in 2018, the Hall announced the newly established Hockey Hall of Fame Development and Preservation Fund together with its first "designated endowment" program, namely The Larry and Judy Tanenbaum Family Legends of Hockey Scholars Fund supported through an endowment gift of $1 million from the Tanenbaum's family foundation.

In activating the Legends of Hockey Scholars initiative, the Hockey Hall of Fame partnered with Connected North to deliver a series of six virtual field trip sessions to provide participating Indigenous schools with access to hockey-related content that is engaging and empowering. The curriculums included video tours of specific Hall of Fame exhibits, interactive class activities, as well as artifacts, historical footage and photographs from the Hall of Fame's extensive archives. 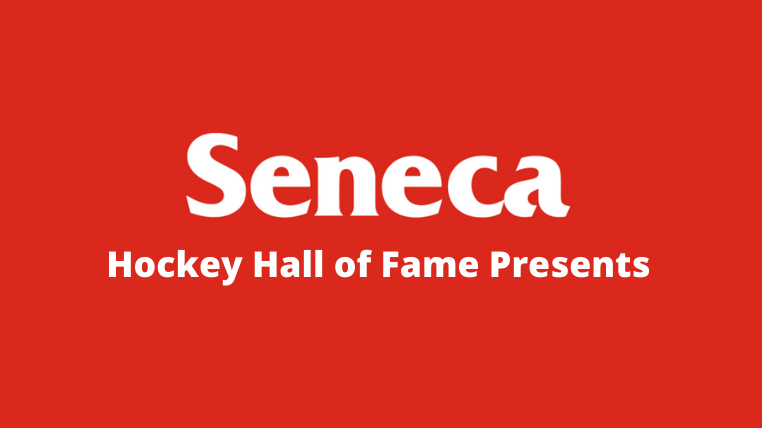 From hockey's earliest origins to the Great One and beyond, Canada's great game is now being taught exclusively on-line. A credit course at Seneca College in Toronto, titled The Hockey Hall of Fame Presents, provides the opportunity for students across North America to participate.

The Hockey Hall of Fame and Seneca College's Faculty of Continuing Education have combined to create this landmark and award-winning on-line course, which takes a serious look at the history and evolution of the game. Each week's topics examine the cultural, social and economic impact hockey has had on Canada.